LeBron James "Ok" with Cavs not being in playoff mode yet 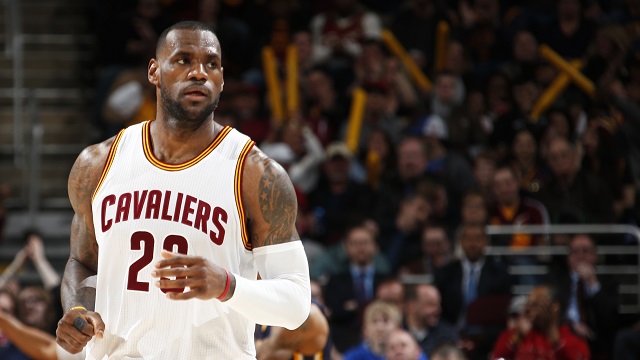 With just 13 games remaining in the regular season, LeBron James feels that the Cavaliers, who currently hold a two-game advantage over the Boston Celtics in the Eastern Conference standings, still have a few kinks to iron out before the start of this year’s playoffs.

“We’re not in playoff mode right now,” James said earlier this afternoon. “We still have a process to continue to get better every night, continue to work our habits, continue to get the guys that haven’t been a part of the club for a full year, get them acclimated to what we want to do and we got guys coming back off of injury that are still trying to get back into the flow in Kevin (Love) and J.R. (Smith). So some games are different than others and it’s always good to have one of those playoff-type atmospheres but every game is different.”

Tonight, the Cavs are in Denver for a matchup against Nuggets, who are currently holding the eighth position in the Western Conference standings and fighting for their playoff lives, at 9:00 p.m. EST inside The Pepsi Center.

So far this month, James is averaging 29.1 points (55% shooting from the field), 11.4 rebounds and 8.4 assists. Those are certainly excellent individual statistics. However, James knows that winning a championship requires a healthy team, something the Cavs haven’t had all season. In fact, the Cavs haven’t played a game with 15 healthy players all season.

On top of all of the injuries they’ve had to deal with this season, the Cavs have also acclimated several new players into their rotation, including Derrick Williams, Deron Williams, and Kyle Korver.

Things are looking up for the Cavaliers, however. Kevin Love, who suffered a knee injury in February, has been cleared to play after missing 13 games. J.R. Smith fractured his thumb in January and is slowly making his way back into the starting lineup. Korver, who has missed seven games due to soreness in his right foot, has resumed team practices and is listed as questionable for tonight’s road game against the Nuggets.

With so many players returning from injuries, team chemistry is an obvious concern. When asked about the strength of his team’s chemistry, James gave a confident reply.

“Our chemistry is always good,” James said. “Our camaraderie is always great. We have a brotherhood around here that’s amazing.”

James, a 14-year NBA veteran, is right about his team having great chemistry. Anyone who follows the Cavs closely will know that their players are not only teammates, but also brothers in arms. 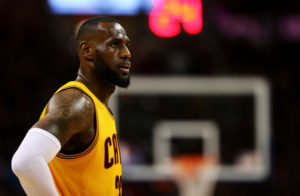