LeBron James offers support to Jrue Holiday and his family 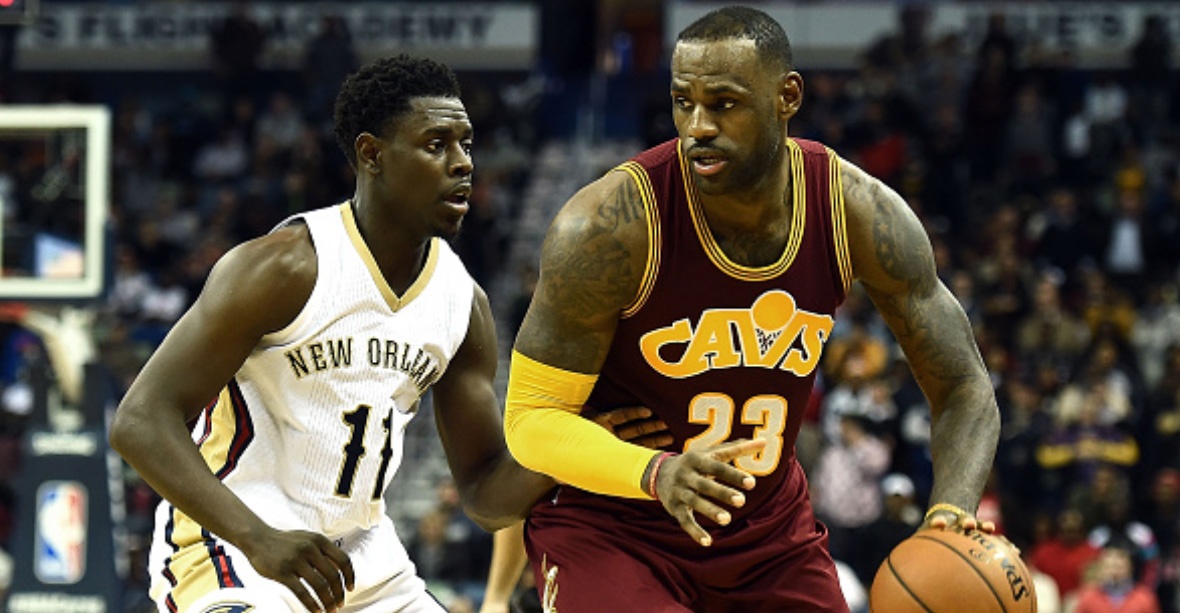 Jrue Holiday, point guard of the New Orleans Pelicans, is quickly finding out just how close the brotherhood in the NBA really is.

Before Monday’s game against the Pelicans, Cleveland Cavaliers superstar LeBron James approached Holiday to offer support and a few words of encouragement in regards to his wife.

In October, Holiday’s wife, Lauren, a former U.S. Women’s National Soccer Team gold medalist, underwent an operation to remove a benign brain tumor. Just a few weeks before the surgery was performed, Lauren gave birth to the couple’s first child; a daughter, Jrue Tyler Holiday. Subsequently, Holiday missed the first 12 games of the season as he tended to his family.

An empathetic James spoke to ESPN’s Dave McMenamin about Holiday’s situation. McMenamin recants the story in his recent article:

“This is a brotherhood, no matter if you’re on the same team or not, this is a fraternity. Our league is a fraternity. Any time someone’s family is going through a situation like that, you just hope the greater God above is looking out for him. So, I couldn’t wait to actually see him today.”

After Cleveland’s 90-82 win over the Pelicans, an appreciative Holiday spoke to reporters about LeBron’s message for him.

“Obviously to him, family means more than anything. And the same thing for me. So, the fact that they’ve been praying and supporting my wife is a blessing to me.

“To know that this league and somebody of his caliber and the effect that he has on the game like he does can really have support for my family is awesome.”

Holiday went on to say that he has received a similar greeting from players across the league.

“I’ve gotten it probably every game — whether it’s from referees or from players, I’ve gotten it every game. I guess for our league to acknowledge that and for it to feel like a brotherhood, that’s really what it feels like.”

As McMenamin reports, James said it was important to put the game aside momentarily to offer Holiday support.

“Once the ball is tipped, you’re going to go out and compete and try to help our teams win, but listen, at the end of the day, family comes before anything,” James said. “And to know what he was going through with his wife and having to have a leave of absence because of that, that’s bigger than anything. So, it was a no-brainer.”

Now, after six weeks back with the Pelicans, things are looking up for Holiday and his family.

“I guess it’s been going well and it hasn’t been affecting me, I don’t think,” said Holiday. “My wife is doing really well and she’s gradually getting better, and that’s all I can ask for. She’s alive, and I’m blessed for that. My daughter is okay. So, I’m happy.