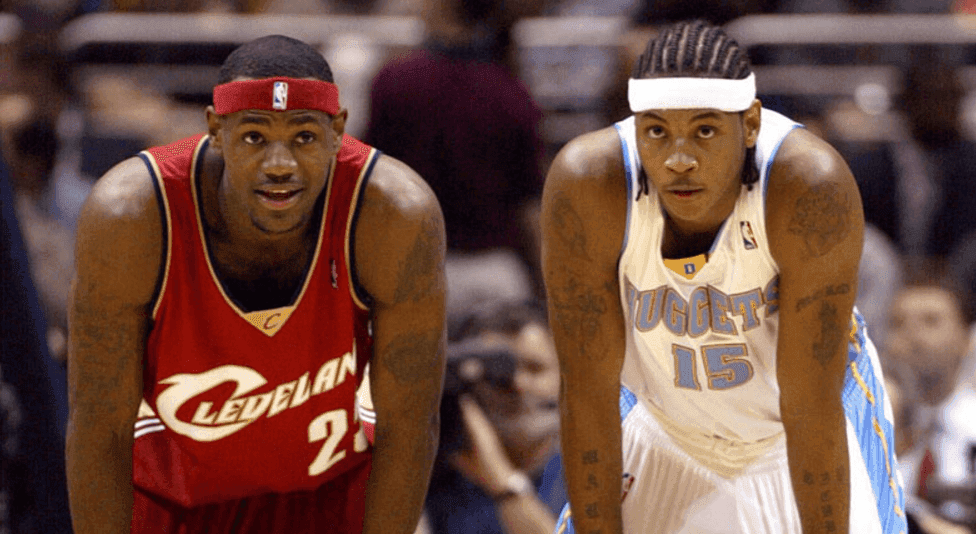 “Cleveland, this is for you!”

Those iconic words left LeBron James’ mouth not four months ago, and it’s hard to picture him being anything but devoted to Cleveland, the franchise, the city, his home. In actuality, 13 years ago his sentiments might have been very different.

In his interview with Sports Illustrated following the announcement that he was returning to Cleveland in 2014, Jamse likened his time in Miami to college. It was his four years to break away from everything and mature, to be with his friends, prioritize what was important, and discover who “LeBron James” was. Luckily for Cleveland fans one of the things he learned to prioritize was home.

Loving the Cavs, and home for that matter was part of this new LeBron. Sure, there was passion during his miracle run to the Finals in 2007 and then subsequent domination of the Eastern Conference in 2008 as well as 2009. In the early days, however, James had some understandable doubts about playing with the Cavs.

According to a special report done by ESPN’s resident LeBron James Scholar, Brian Windhorst, LeBron had a not-so-bright view of his home-state Cavs.

“When James was a teenager, he started attending games at the arena, and he couldn’t believe how bad the Cavs were, how empty the arena often was, with its bright blue seats seeming like a neon sign of disinterest. During his senior year of high school, he went to several games, was given courtside seats and visited the locker room. His thought was pretty clear after he watched that 17-win team with the lowest attendance in the league: They were awful, and he didn’t want to be a part of it.”

You wouldn’t have been wrong to agree with LeBron in his position. Since the days of Mark Price, Cleveland simply hadn’t seen success. Helmed by a disgruntled Andre Miller, this Cavs team was just awful. Cleveland hadn’t seen the playoffs since 1998, and by shipping out players for actively worse ones as well as drafting intentionally poorly, it was clear that Cleveland had their eyes on high school phenom LeBron James for years.

By 2003, Cleveland was a team with no coach. They had a nervous ownership group who were openly calling LeBron James the final attempt before attempting a relocation, or at the least, rebuilding the entire franchise. The team had no real stars, with Carlos Boozer and Zydrunas Ilgauskas being the only solid NBA-caliber players on the roster playing in an often empty, uninviting arena. To believe that any potential NBA star, less a man being touted as the second coming of Michael Jordan, would want a part of this franchise would be a folly.

Despite these feelings, fate decided that the Cleveland Cavaliers, not the Denver Nuggets or star-studded Detroit Pistons (who ended up with the second overall pick despite being in the Finals just a year before due to a crafty front office) would earn the rights to the first overall pick, and subsequently LeBron James’ talents. Suddenly the narrative shifted. LeBron was the hometown hero, and that was a role he needed to embrace, even if there was hesitancy towards the city.

Cleveland didn’t do a fantastic job of earning LeBron’s trust in the early days. The first two seasons were full of growth as well as losses, Carlos Boozer left for Utah, and the team didn’t even make the playoffs until James’ third year. During those first two years, the Eastern Conference was home to two sub-500 playoff teams: the Washington Wizards and Philadelphia 76ers.

Even after making the playoffs in 2006, there were still questions of LeBron’s loyalty to Cleveland. While every kid in Cleveland owned a Cavs #23 jersey, LeBron rocked a Yankee’s cap. In July of 2006 LeBron announced his resigning with Cleveland on a 3-year, $60 million deal.

“I am very excited and happy to be re-signing with the Cavaliers. Staying in Cleveland … provides me with the unique opportunity to continue to play in front of my family, friends and fans. I look forward to working toward bringing a championship to our great fans and the city of Cleveland.”

Now, almost 10 years since that 2nd deal James signed with the Cavs, Cleveland fans have lived through the failure of the front office to attract free agents. They couldn’t attract Amar’e Stoudamire, Carmelo Anthony, Dwayne Wade, or any other number of stars. Fans saw the Decision, the Return, and the shortcoming against the Warriors. All of that led up to fans seeing their city become a city of champions. After seeing the Cavs banner being raised and the Indians just one win away, it’s fun to remember a time when James needed a little convincing to play for the Cavs.