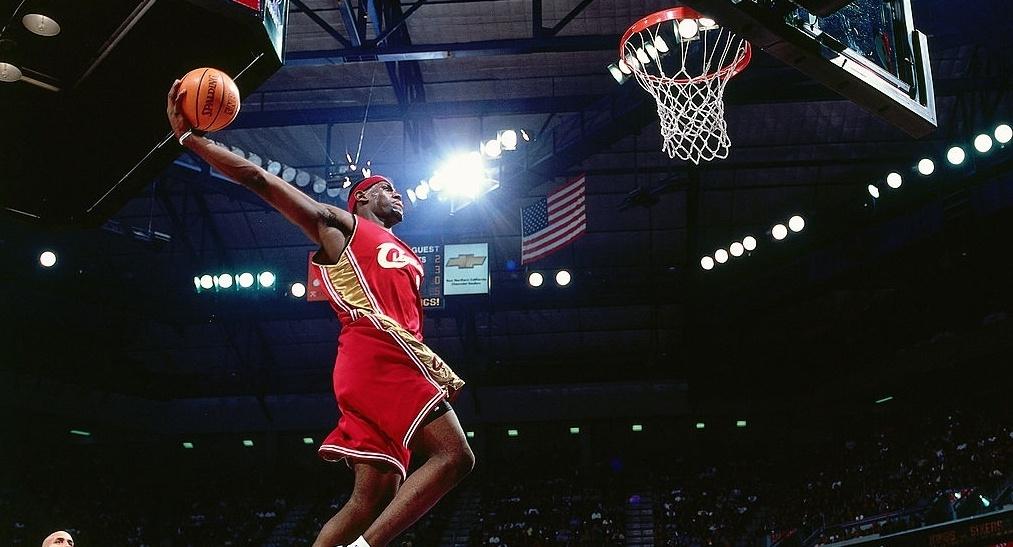 Are you a sneaker-head? If so, this story is for you.

At 18 years of age, LeBron James, Cleveland Cavaliers superstar small forward, entered the NBA with the eyes of the sports world watching his every move. Being dubbed “The Chosen One” at such an early age came with a lot of responsibility. Living up to such a title was a difficult task for any aspiring athlete, but James has embraced the challenge.

Coming out of Saint Vincent – Saint Mary High School in Akron, Ohio, James was the first high school senior to have his own shoe deal before entering the NBA; a seven-year, $90 million contract. After several new shoe releases and years of successful sales, Nike awarded James with a lifetime contract; the first of its kind in the company’s storied history.

Just recently, a nostalgic James recorded a video for Uninterrupted from his hotel room in Sacramento to announce that Nike will be releasing a retro version of his Zoom Generation 1’s. James made his NBA debut against the Kings as a member of the Cavaliers in 2003, scoring 25 points (12-20 FG) and nine assists, six rebounds, and four steals, so it seems he holds a special place in his heart for Sactown.

“Every kid that’s got a dream that they can make it a reality, no matter the circumstances, because this 18-year-old kid from Akron, Ohio, was able to do it.”

“It’s retro time. It’s time. I can’t be more proud at this point in my life — at this point in my career — to know that it all started right here. It started from the bottom. This is where it started. For an 18-year-old kid to be able to see his name, his likeness on his first signature shoe, this is an emotional feeling, and it’s exciting.”

“I’m proud to be announcing that the Nike Air Zoom Generation 1’s are coming.”

.@KingJames is bringing the with a special announcement. pic.twitter.com/bTwEF41fPG

An emotional James posted a hearfelt description of what his first signature shoe meant to him on Instagram.

When I held these shoes for the first time I couldn’t believe I was holding a Nike sneaker with my name on it AND that they’d forever be known as the “LeBron’s.” Bronny was a baby. V was still in high school. Mom and I were barely out of the Springhill projects. We only dreamed of days like that and then they became reality. This shoe changed my life, my family’s life, and we’ve been lucky enough to change the lives of people around us. This shoe is for EVERY SINGLE person with a dream and a passion. No matter what your situation is. From the projects to the palace, this shoe is a symbol that you can do anything. FIRE IS BAAAAAACK #AZG #StriveForGreatness #JustAKidFromAkron

There are few stars, athletes or not, who can match the global reach of James’ impact on the shoe industry. As James says himself, “You can do anything.” James’ dreams of success have not only become a reality, but also an inspiration.