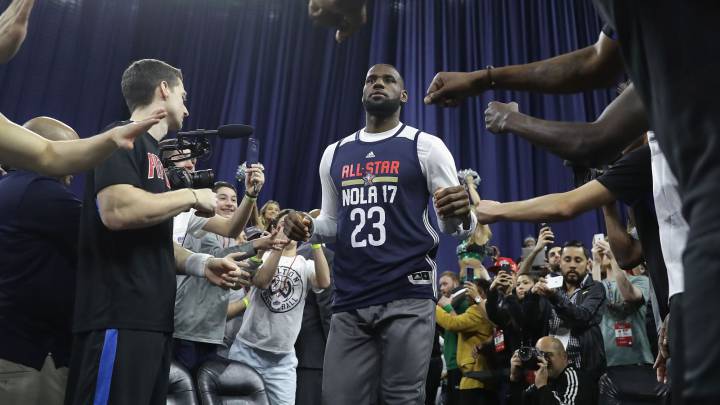 This year’s NBA All-Star festivities have come and gone, as the Western Conference dispatched the East, 192-182, in what proved to be a record-breaking total score.

There were many takeaways from the weekend, including a first look at LeBron James‘ new “Red Carpet” LeBron 14s from Nike. James was spotted wearing the shoes during All-Star Game practice, via Kicks On Fire.

Some avid sneaker-heads may recognize this unique colorway. The new paint scheme seems to pay homage to the LeBron 7 Red Carpet model that was released in 2009 — a shoe James debuted against the New York Knicks inside Madison Square Garden Arena.

According to Sole Collector, a release date has yet to be given for James’ newest shoe. Let us know what you think of the design!