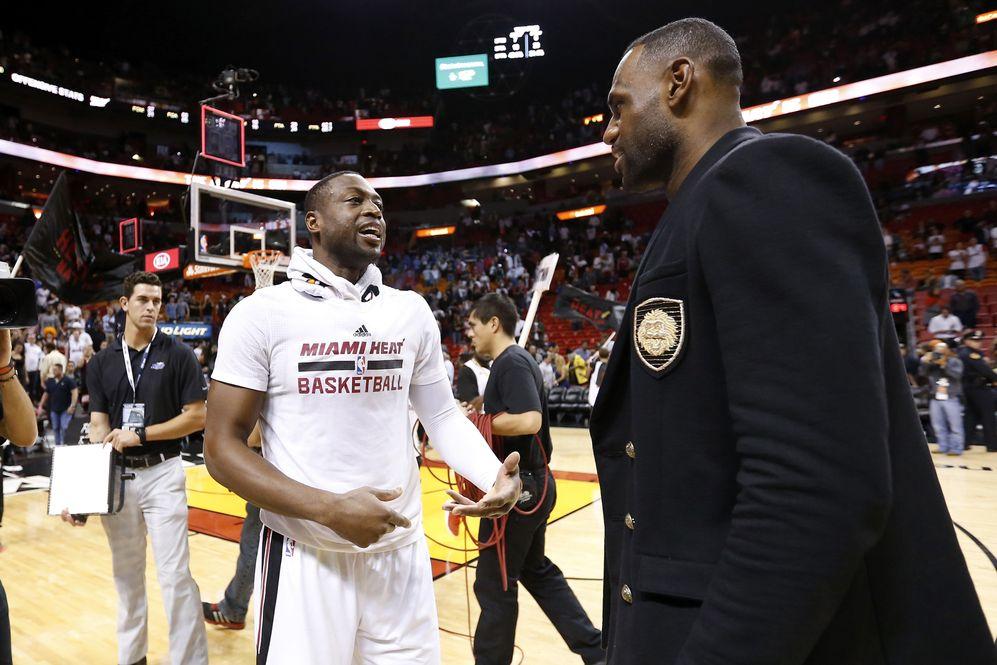 Ripples came out after LeBron James sat out his return to South Beach. On a night where the Cavs faced a three-game losing streak, which eventually happened, James helplessly watched his team get dominated by his bestfriend’s team.

Prior to the game, the Cavaliers had already lost two straight contests. They needed to catch a break. But coach David Blatt felt that it won’t come easy for them on that occasion as he chose to give LeBron James a night off.

While the Cavs got outclassed, from start to finish, by the Heat, James sitting out was probably the better situation for the team. They already had a lot of baggage after a disheartening road loss to the New Orleans Pelicans in overtime, coupled by the travel factor. Against the Pelicans, James played a draining 44 minutes. But him sitting out in Miami wasn’t because of any injury – he just had to be rested.

LeBron James did say in the past that he plans to play all 82 games. But the Cavs coaching staff were also eyeing to give the team’s stars some nights off. The latter holds more weight as everyone in the Cavaliers organization know that there is a bigger picture ahead that they need to put more focus on.

And, James declared on Oct. 30, the day of Cleveland’s last game against Miami, coincidentally, that he wanted to play all 82 games this season.

Well, guess what? The Cavs knew for weeks that James could miss this game.

In early November, Cleveland.com reported that the Cavs were plotting spots on the schedule where they could sit James in attempt to keep him fresh for another postseason run, without missing too many regular-season games.

This game, the second night of a ridiculous, back-to-back set, where the first one in New Orleans started Friday night at 9:30 eastern time, and with two days off following the Miami game, was the first candidate for James to potentially sit out, according to a team source.

James’ is indeed healthy, a source said, and “that’s why he wasn’t thrilled with the concept” of sitting out.

To begin the season, one of the team’s major goals were to limit James’ minutes to 33 or 34 per game. But in 20 games so far, he’s already at 36.9 minutes. Last year, he also seemed to be a different player during the first part, but a two-week rest during mid season proved to be very beneficial to himself and the team. He got back to his old dominating self and his high-level of play continued into the postseason.

With the scheduled options for rest already appear to be plotted, the Cavaliers coaching staff are being heavily relied on to make sure that every player are at his freshest possible state when the playoffs arrive.