The 2016 ESPYS held recently wasn’t just about a celebration of athletic accomplishments. This time around, the show started on a more serious note as one major societal issue was put on the spotlight.

Before the traditional festivities went underway, NBA superstars and close friends LeBron James, Dwyane Wade, Chris Paul, and Carmelo Anthony took the stage to express their concern on recent unfortunate events that are believed to be of racial nature. It wasn’t part of the scheduled show, and they asked ESPN if they could give a speech.

It was an important call for fellow athletes to up the ante when it comes to their involvement in the community.

Trayvon Martin’s death a few years ago started the trend in which NBA players took on a more active stance in condemning racially influenced acts by authorities. A few more killings, and now, the recent shooting incident in Dallas became the final straw in order for these four players to take the initiative in calling out their fellow influencers in sports.

The gesture from James, Wade, Paul, and Anthony was simply genuine and relevant, and, hopefully, it starts a wave that could make everyone’s realities better. 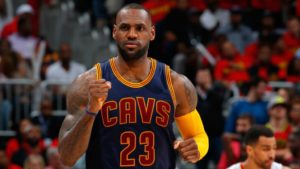