LeBron James Named Player Of The Month For March 2015 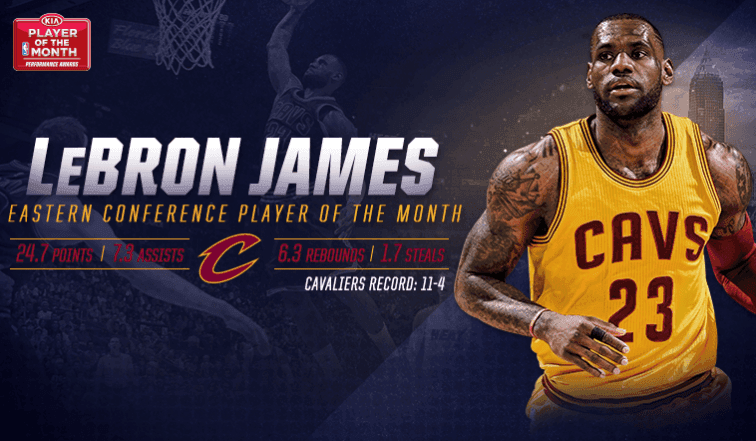 On Friday evening, the NBA announced that LeBron James of the Cleveland Cavaliers has been namd the Kia NBA Eastern Conference Player pf the Month for the month of March 2015. It marked the 17th time that a Cavalier has won the award and it was LeBron James won it for an NBA record 29th time.

James led the Cavaliers to an 11-4 record in March, playing in all 15 games and averaging 24.7 points, 6.3 rebounds, 7.3 assists, and 1.7 steals in 36.4 minutes per game. In the month of March, James put up a season high 14 assists, moved ahead of Ray Allen for 21st on the All-Time Scoring list, passed Mark Price to become the Cavaliers’ franchise assists leader, and helped the Cavs clinch their first playoff berth since 2010.

James, who also won the award in February 2015, has been a model of consistency for the Cavs all year: 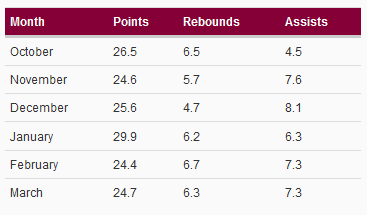