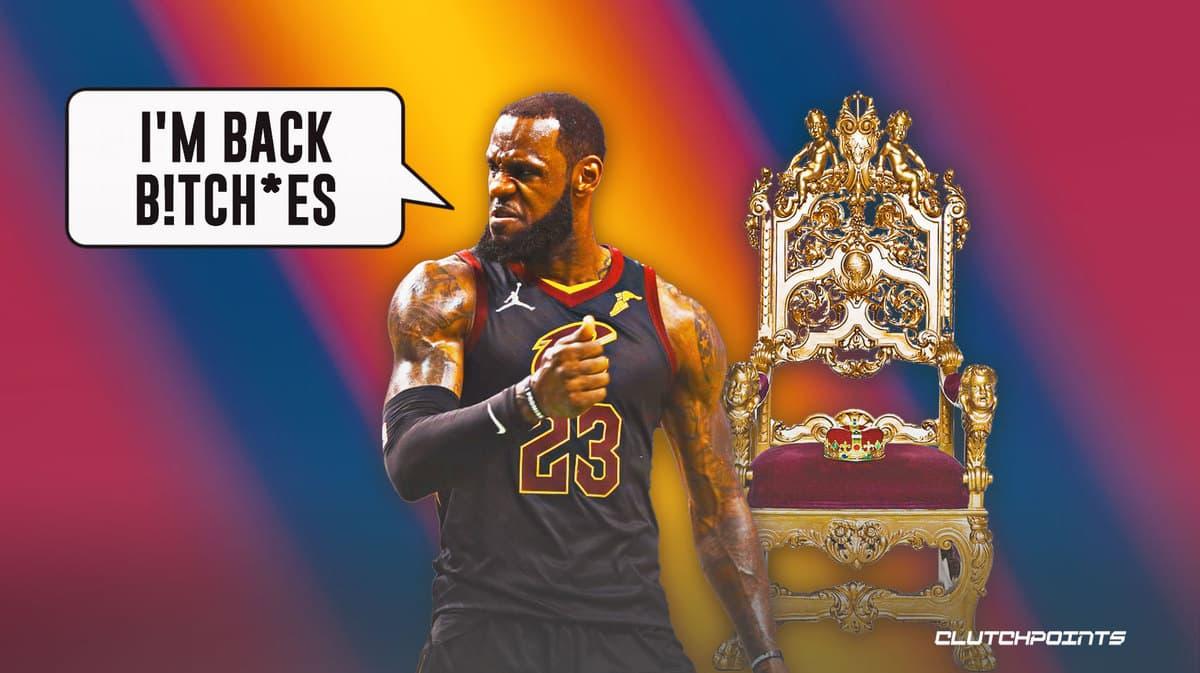 The NBA All-Star Weekend was great for Cleveland Cavalier fans. For the first time since 1997, the Cavs hosted the All-Star festivities. There were two Cavs players in the game itself, Jarett Allen and Darius Garland. However, all of that was made even better by some comments made by the biggest Cavs legend of all time, LeBron James. The King hinted at possibly returning to the Cavs sometime in the future, for the first time since leaving to join the Los Angeles Lakers in 2018. In that spirit, here are two reasons LeBron James must return to Cavs to finish his NBA career.

LeBron James Must Return To The Cavs

The Cavs are finally building something lasting

Right now, the Cavs are doing great, for the first time in the 21st century without LeBron James. Their last playoff appearance without the King was in 1998. Since then, their only success came with James leading the pack, but that is all about to change this year. Led by a team full of young superstars, the Cavs are 35-23, with the fourth-best defense in the entire league and the seventh-best net rating in the NBA. This team is showing maturity, structure, and a true team mentality.

All of this has been done with two devastating injuries to the roster earlier in the season. After just 11 games, guard Collin Sexton fell with a torn meniscus in his left knee, while Ricky Rubio tore his ACL after 34 games played. Both played a key role in the Cavs and many expected that both of them falling down for the season will be the downfall of the surging Cavs. Yet, the Cavs are 28-19 without Sexton and 15-9 without Rubio.

Also, they turned the Rubio contract into getting Caris LeVert from the Indiana Pacers. LeVert only played four games up until now, averaging 13.3 points on 39.7% shooting from the field, but those numbers will be better as the season goes on. Turning the expiring deal of Rubio into LeVert was a masterful move by the Cavs front office and it shows the willingness to improve the team when there are opportunities, even if the team is doing really well. That should entice LeBron James to seriously consider the Cavs as soon as his contract is up next year in LA.

If that does not entice him, maybe he will be impressed by the incredible core of young players assembled in Ohio. The Cavs have Jarett Allen and Darius Garland, both All-Stars, leading the pack. They are joined by frontrunner for ROTY, Evan Mobley, who already looks like a stud. They also have Sexton, who should still be good when he comes back next year, Lauri Markkanen, who is a good complementary piece, and a pair of James’ past Cavs teammates in Kevin Love and Cedi Osman, provided they are both on the roster when James is available. The Cavs should have a roster where the aging James can be helped in a massive way by this group of young guns and savvy veterans.

It is only right

The Cleveland Cavaliers are not only the first franchise James played for, they are also his hometown franchise. Obviously, the Cavs cannot compete with the sunny beaches of Miami or the glitz and glamour of Los Angeles, but they are home. Akron, the town James grew up in, is only a 47-minute drive away and while there were issues before, James has to consider Cleveland his second home, after Akron.

Also, the move to Los Angeles was not followed by any vitriol or hate directed towards James from Cavs fans. Most understood his move as wanting to expand his business, go into different ventures because James has become so much more than basketball. Cavs fans appreciated the 2016 NBA Championship and various other deep runs that James spearheaded in his second Cavaliers stint.

With all the hate that his infamous Decision in 2010 brought removed, it should be an easy decision for the King once his contract is up in Los Angeles. The Cavs fans still adore him as he is one of their own, as evidenced by the outpouring of love he got every time he touched the basketball in the 2022 All-Star Game. While he is beloved in Miami and Los Angeles as well, nothing can really compare with the love of people that have lived and died with James’ heroics in both of his Cavs stints.

As he draws to a close on a historic NBA career, LeBron James will have a decision to make. If he stays in Los Angeles, he can become even bigger and more iconic than he already is, by doing more to feature in non-basketball ventures. If he goes to another franchise, he can have one more fanbase that will absolutely love him. Yet, somehow, it only feels right that the kid from Akron comes back and even if he does not win a title or even make a deep playoff run, still finishes his career in the same place where it started – Cleveland, Ohio, wearing the wine and gold of the Cleveland Cavs.