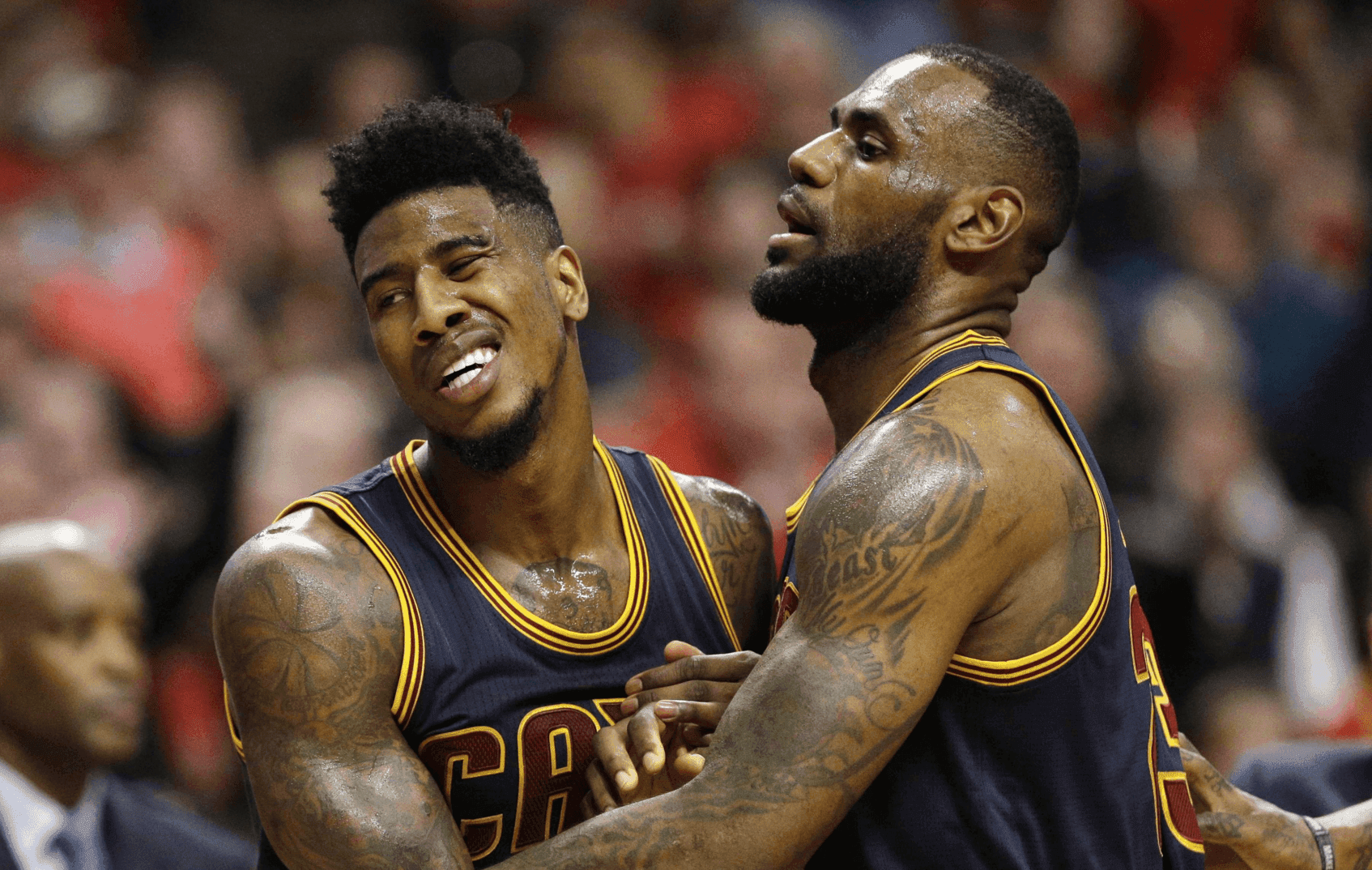 It may be a limited sample size, but the Cavs have shown immediate improvement in two straight games with Iman Shumpert back from missing 21 straight after a wrist injury. The biggest improvement has been defense, and Shumpert’s return had it coming.

Coming off a 35-point blowout over the Orlando Magic, the Cavs recorded a season high 20 forced turnovers. When James and Shumpert are on court together, the Cavs average 1.5 steals more than their opponent every 100 possessions (Basketball Reference). Without question, defense that holds a team like Boston – who gave Golden State and San Antonio all they can handle – to 31 points in a half is a difference maker.

On Tuesday, James made a remarkable comparison to Iman Shumpert:

“He probably has the best hands in the NBA along with Kawhi Leonard, as far as defensively.”

James, who has struggled to get through to his teammates about their energy levels and defensive mindset, praises Shumpert for what he brings to that end of the floor:

“He just plays, it’s just very, very good basketball. His energy level is at an all-time high; he doesn’t go below 100, which is incredible. He brings something fierce, a competitive nature to our team.”

The two seem to have a pact on defense, working together on a mission to lock down:

Shumpert left Tuesday’s contest again Boston due to a groin injury, and while he’ll likely miss Thursday’s nationally televised clash with the Thunder, the defensive specialist shouldn’t worry about anything serious: