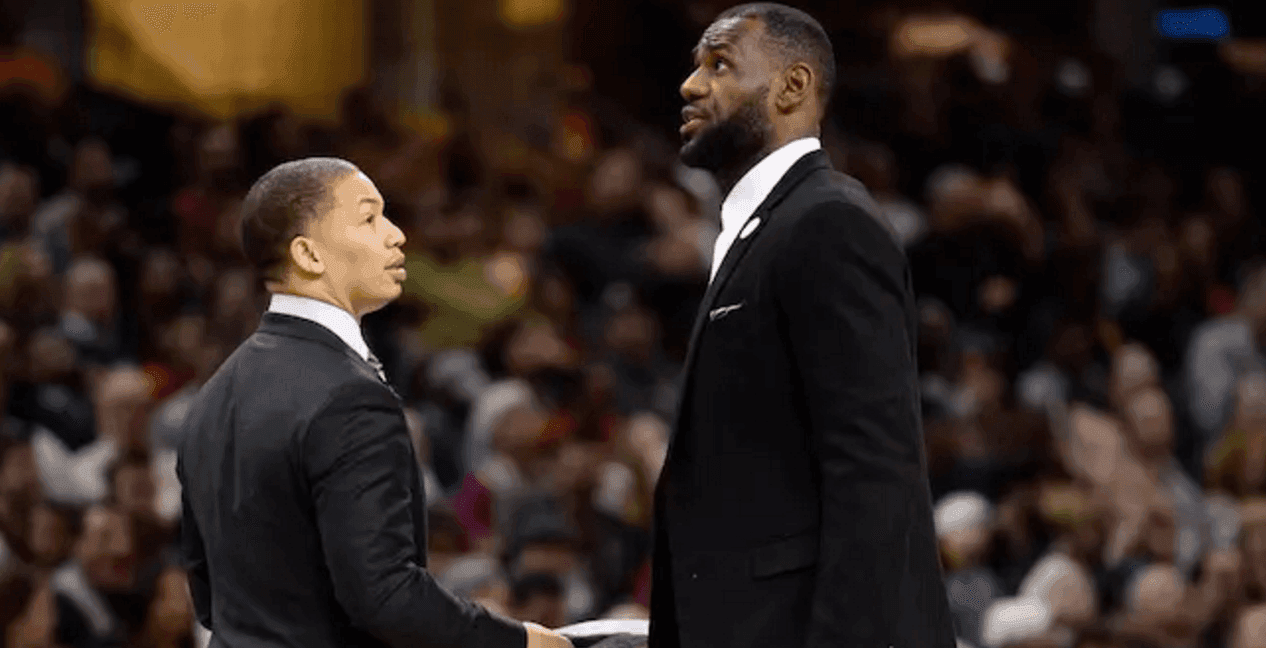 The Cleveland Cavaliers faced the Memphis Grizzlies at the FedEx Forum in downtown Memphis last night, but did so without their three superstars, LeBron James, Kevin Love, and Kyrie Irving.

Much has been said about the topic over the past 24 hours, but James has had enough, speaking out on the matter and only backing up Coach Tyronn Lue‘s decision.

FOX Sports Ohio tweeted out a video of the King himself talking about the coaches decision, he went on to say:

“I do whatever my coach asks me to do,” James said. “My coach wants me to rest, I don’t buck my coach. That’s what he wants and that’s what we’re going to do. I’ve been in this league 14 years. I shouldn’t have to explain me sitting out a game or not playing games. I’ve played in every arena, including Seattle, that’s no longer here. It’s not like it’s my first year. I’ve got 14 years. I’ve paid my dues — and more than a lot of guys in this league. But I’ll ride with my coach.”

Fans sat in the crowd with signs going as far as “LeBron ruined Christmas”, others disappointed in spending their hard earned money to see the Cavs roll out their bench. Those disappointed fans have a case, but there’s a much bigger picture to look at here. Is a road loss to the Grizzlies in the middle of December really a concern in the Cavs’ hopes of defending their title? No, not really.

It’s unfortunate for all Cavs fans that reside in Memphis, with last night’s contest the only time the ‘Wine and Golders’ will visit the Grizzlies this season. For some, this will be the only NBA basketball game they’ll attend all season, but there’s a bigger picture here for the Cavs.

It’s Tyronn Lue’s job to win games of basketball and for his team this season its championship or bust. With the NBA’s crazy schedule and constant back-to-backs coaches are forced to make decisions that fans wont be happy with on the particular night.

RELATED: From Deep in the renovated Q: Quicken Loans Arena set for major renovations in hope of future ASW

But for those disappointed Cleveland fans that had tickets to last night’s superstar-less game, do yourself a favor and turn back the clock to Sunday the 19th of June. Game 7 of the NBA Finals was a day each and every Cavs fan will remember for the rest of their lives, and it’s Tyronn Lue’s job to get us back to the pinnacle, back to a shot at basketball’s grandest prize.

These mid-season decisions are tough ones to make and aren’t received well by many fans, but the feeling of glory in June will heavily outweigh the disappointment in mid December.

These decisions can have lasting effects and are made for a reason. LeBron James trusts the decision that his coaching staff made, we should do the same.