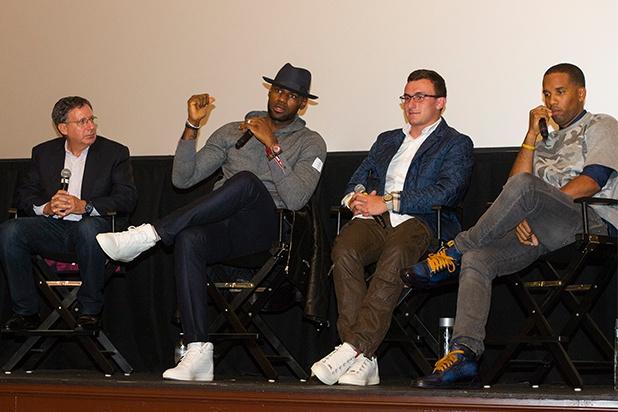 All good things must come to an end, and Cleveland Browns quarterback Johnny Manziel, who has benefited a lot while under LRMR, will no longer be involved in LeBron James’ marketing agency.

Joe Vardon of the Northeast Ohio Media Group reported on this development. According to him, it’s not only LRMR who is cutting ties with Manziel but also Fenway Sports Management, which has a partnership with James’ firm. Maverick Carter, co-founder and CEO of LRMR, provided a statement to Cleveland.com regarding the decision.

“We’ve decided to end our formal business relationship with Johnny.”

“I will continue to support and advise him as a friend. However, because Johnny needs to focus on personal growth, the next phase of his career and because LRMR continues to expand beyond marketing, we made the mutual decision that it was best to terminate our business relationship.”

In his article, Vardon provided a possible angle on how things ended up for LRMR and Manziel.

Sources told cleveland.com last week and again Wednesday morning that LRMR was evolving, shifting toward more of a focus on managing James’ broader business deals instead of simply his endorsements, and that at some point the natural progression of LRMR’s plans would likely mean a split with Manziel.

But Manziel’s most recent, rumored escapade, a reported whirlwind trip to Las Vegas over the weekend before the Browns’ season was over, apparently moved up the timing.

Manziel, who was in the NFL’s concussion protocol, missed a mandatory team meeting Sunday and was not at the stadium for the Browns’ season finale against Pittsburgh. He was spotted partying in Las Vegas Saturday night, where he reportedly wore a blond wig, fake mustache, and glasses, and used the alias “Billy.”

Johnny Manziel’s involvement with LeBron James’ agency started in 2014 when both camps agreed on a marketing deal. Ever since, the young quarterback has received plenty of support from James especially in front of the public.