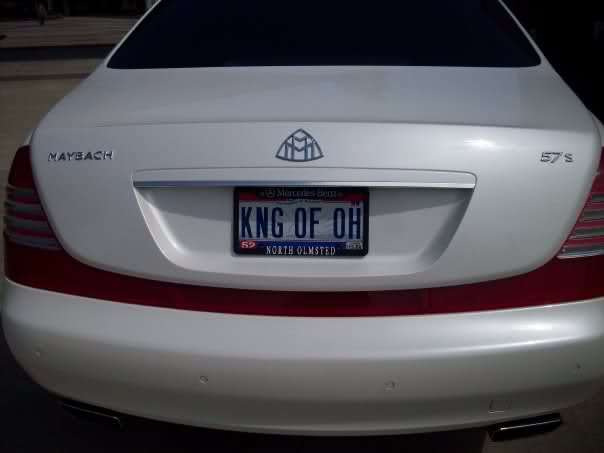 Want to ride like the King? Well now you can, (as long as you live in Ohio.) Less than one week ago State Representative Bill Patmon began planning to pass through a legislative permit that will allow the state of Ohio to sell a license plate that reads, “LeBron James Witness 2.0.”

As if the city of Cleveland was not already extremely excited about the King returning home to save his city, now we can all have our hometown hero right on our plates. In an interview with Patmon, he explained just how important LeBron’s return is to Ohio. “When LeBron came home, it was a big deal for us, it might not be for the rest of the world, but it’s a big deal for Cleveland”, his statement was certainly one of love and respect for not only LeBron James but to the entire city of Cleveland. However, what he said wasn’t as accurate as it could have been. LeBron returning to Cleveland wasn’t just a big deal to our city; it was a big deal to everyone not only involved with the NBA, but the entire sports “world” in general. Either way it’ll be great to see James on the back of a license plate, and it is a great way to welcome back the King. James should feel honored to have this happen, especially since according to Lindsey Bohrer, a spokeswoman for the Ohio BMV, no person “alive or dead” has ever had a license commemorated to him or her.

{adinserter 2} LeBron James’ return back to Cleveland is a once in a generation story, the type of scenario that only Disney would have thought of. He is one of the greatest players to ever play the game of basketball, the game which we all love. LeBron has given the world a very important message; at the end of the day, the most important thing we have in this world is our family. King James is a great role model, and wonderful human being. With having the option to have our license plates read about LeBron on them, all of Cleveland will very easily be reminded of the greatness that LeBron has given our Cavaliers in the past, and how bright the future of this Cavs team is. JUST IN: ‘Everybody’s Going To Be Coming For Us’ Kyrie Irving on Cavs Next Season
Related TopicsLeBron JamesLicense Plates