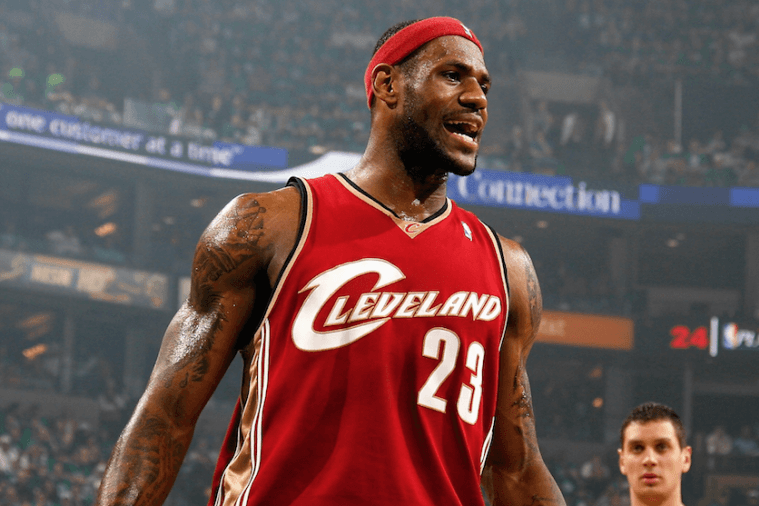 Unless you’ve been living under a rock for the past 2 weeks, you’ll know that Lebron James has made a well-publicised return to his hometown Cleveland Cavaliers. Returning from a four year stint with the Miami Heat that landed him two NBA titles.
Now that Lebron is back in Cleveland, the expectations are high for the young Cavs team that now boasts four current number 1 picks. In Lebron’s letter announcing his return to Cleveland he said “I’m not promising a championship. I know how hard that is to deliver. We’re not ready right now.” However, since his return, LeBron James has turned from a basketball player to what seems like the GM of the Cavaliers. LeBron understands the power he has in Cleveland, and he has been using this new found leverage to entice former teammates, and free agents to join him in Cleveland. So far James has made successful pitches to former teammates Mike Miller, and James Jones. Not only are these two players experienced, but they also fit into Cleveland’s team quite well. Cleveland seemed to be a team that lacked good spot up shooters, however with the addition of Jones and Miller, we now have two of the best shooters in the business, with both Jones & Miller shooting 40% for their careers from behind the arc.
Even after some fairly promising signings this summer, the Cavs aren’t done yet. LeBron James is attempting to convince former teammate, and arguably the greatest pure shooter of all time, Ray Allen, to join him for one last season, and one last championship run in Cleveland before retiring. Allen is currently leaning towards going around one more season with James, which is great news for Cavs fans, seeing their the main weakness of lack of outside shooting has been patched up quite nicely with the addition of some great shooters.

{adinserter 2} As of Sunday the 27th of July Melbourne time. Kevin Love is the biggest name left in free agency. Thanks to Lebron’s recruiting power, Love looks destined for Cleveland. As an outsider, it seems that the Timberwolves are being very difficult to deal with. Turning down many offers that seem reasonable because they have their eyes set on the number 1 pick Andrew Wiggins. The Wolves seem hell-bent on receiving Wiggins in any deal before they even consider allowing Love to go. However LeBron’s influence was enough for Love to come out with his agent and specifically ask for a trade to Cleveland. Lebron’s recruiting tactics seem to be working well. However, Wiggins could be a casualty for his efforts to get Love to Cleveland. James has made it clear that he wants to play with Kevin Love is Cleveland, and it seems so far that, what King James wants, he usually gets.
I would love to see Andrew Wiggins stay in Cleveland, I think that with James as a mentor, this kid could take the league by storm very quickly and be a dominant player for years to come. For Wiggins, Cleveland would be the ideal place for him to start his career as he could be eased into it and learn from the best. If Wiggins was to start his career in Minnesota, he would be thrown into the deep end from day one. He would be relied on to carry the scoring load every night, which could build up pressure on him which could get to his head and cloud his true potential. In Cleveland he would be in a winning environment that would do a load of good for his confidence.

Don’t get me wrong, I would be over the moon to see Kevin Love in Cleveland. It would mean that Cleveland automatically goes from above average, to a genuine contender. But I would be a little disappointed to see Wiggins, and possibly Bennett go after decent showings at the summer league. With LeBron James wanting Love in Cleveland, I believe that’s what will eventually happen. As for when it will happen, and what players will be involved, I honestly have no idea, although with Love requesting a trade now, I hope that we can get him cheaper than what is being asked by the Wolves. Obviously the ideal situation would be to get Love without losing Wiggins, but realistically I don’t think that will happen.

With the power that LeBron James currently has, this could also be a bad thing for the team. This power that he has could easily go to his head, which could potentially result in LeBron putting himself before the team and the organization, leading everything the Cavs have worked for this offseason into a downward spiral. Leverage can be a dangerous thing, and LeBron has plenty of that right now, in the free agent market, within the team, and within the Cavs organization, LeBron could be the most powerful figure we have seen in sports for a very long time. But my feeling right now as a Cavs fan is that the Cavaliers organization needs to look out for themselves. Yes LeBron is back, and yes he said he would be here to stay, but we cannot put all our eggs into one basket and allow for LeBron to control everything, because there may come a point where LeBron wants to look after LeBron, and this could affect the team in a bad way. We need to be prepared for whatever may happen, good or bad, and react as a team to the best of our abilities. With that being said however, for now I feel LeBron is here to do well for the team as a whole, and we are certainly being pushed in the right direction.

LeBron obviously seems to be pulling strings for Cleveland right now, which I believe is better for the team. He will bring key players to the team that can produce right now. Cleveland’s head office should let James continue pulling the strings, and bow down to his requests. I say this because some questionable decisions have been made in the past that hurt us. Everyone remember when we acquired Antawn Jamison? Well we could have had Amare Stoudemire instead. The reason we didn’t get Stoudemire? Because we were unwilling to give up JJ. Hickson, who we later traded to Sacramento for Omri Casspi…
LeBron James owns majority of the power in the Cavaliers organization right now, and for the future of this team, it seems like it’s the best thing for the team to do right now. Let LeBron have his way, keep him happy, and use his knowledge of the players and the game to create success. 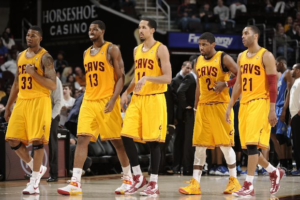 JUST IN: Cleveland Cavaliers: ‘The Other Cavs’
Related TopicsClevelandLeBron James