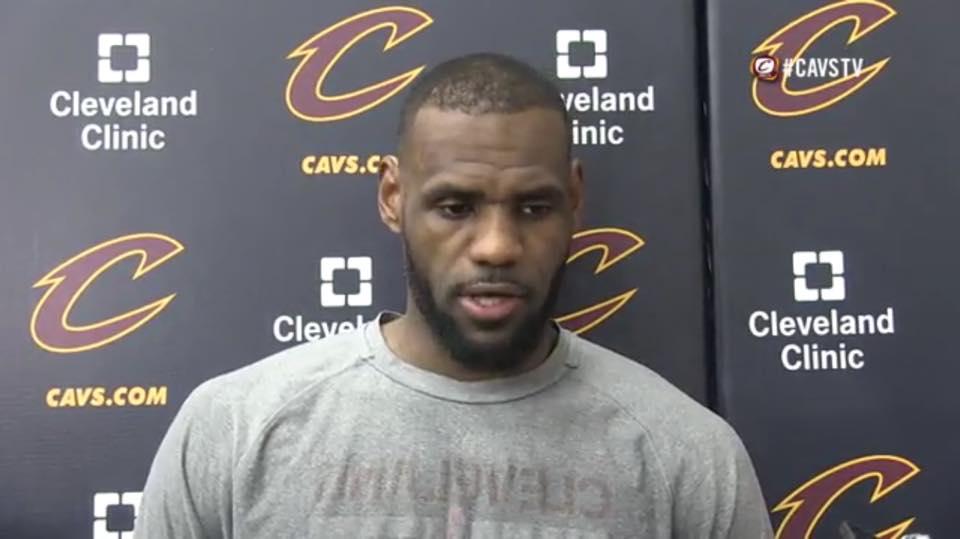 The Golden State Warriors defeated the Houston Rockets to set up a matchup of MVP’s. LeBron James vs. Stephen Curry. In what should be one the greatest NBA Finals showdowns in recent history, Cleveland who’s on a 51 year professional championship drought, will take on the Warriors from Oakland, a city that hasn’t won a title in 26 years. By the time these Finals are over, one city will be celebrating its first championship in far too long.

LeBron James met with the media after Saturday’s practice to talk about how you defend Stephen Curry: “He has a great motor,” James said. “I think a lot of people don’t understand how great his motor is. He never stops moving. His ballhandling, his ability to shoot the ball off the dribble and off the catch. It’s uncanny. I don’t think there’s ever been a guy in the league to shoot the ball the way he does off the dribble or off the catch, off the ball. He just creates so many matchup problems for your defense, and you just always have to be aware.”

James himself is no stranger to taking the game to the next level during the playoffs. James averaged 25.3 points, 6.3 rebounds, 7.0 assists, and 1.6 steals per game in the regular season. In the playoffs, however, James had to take a larger role with Kevin Love, Kyrie Irving, and J.R. Smith missing time due to injuries and a suspension (to Smith). In the postseason, James is averaging 27.6 points, 10.4 rebounds, 8.3 assists, and 1.8 steals per game.

James discussed why Curry’s rising to stardom would help the NBA.

LeBron apparently knew that Curry was a special talent, starting with all the schools that slept on him during the college recruitment periods.

“I just kind of read up on the story from day one, how under-recruited he was,” James said. “To be able to lead a Davidson squad like that into the tournament [was impressive]. I actually got an opportunity to watch him three or four times in college. I drove up to Detroit to watch him in the [NCAA] tournament. I happened to be in Charlotte playing the Hornets, which was the Bobcats at the time, I believe, and got an opportunity to watch him there [also]. I just thought he was special, a special kid. I’m very good at noticing talent, and I thought he was special then and he still is.”

Kyrie Irving has been slowly progressing in practice, but still has a ways to go according to David Blatt.

This series has a huge point guard matchup between Irving and Curry, both having scored career highs this season with 50+ point games. Irving talked about the way Cleveland will have to defend Curry and the Warriors.