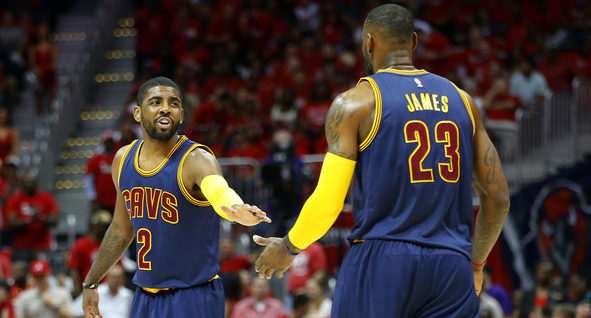 The Cleveland Cavaliers took a commanding 2-0 series lead after they dispatched the Indiana Pacers last night in Game 2.

After J.R. Smith went down with a thumb injury, causing him to not return after halftime, the Wine and Gold got a much-needed spark from defensive specialist Iman Shumpert, who had yet to see playing time so far during the playoffs. Shump was superb as he entered the game, making timely baskets and locking down Pacers superstar Paul George

The Cavs were also ignited on the evening by talented big man Kevin Love, who drew a big charge early in the third quarter, getting the crowd’s attention, then sending them into an absolute frenzy as he was destroying Pacers swing-man Lance Stephenson down low on seemingly every possession.

It was a special night for the world champions, who found that defensive intensity they so desperately desired come the postseason. As the Cavs grabbed the series by the throat, a couple of special Cavaliers went about making NBA and Cavalier franchise history along the way.

Superstar point guard Kyrie Irving became the outright second-highest scorer in Cavaliers franchise history for the playoffs, trailing on LeBron James with his huge 35 points on the night. After notching his 19th point, Irving passed legendary Cavs’ guard in Mark Price to move into second all-time. Given Irving is ranked just 17th place all-time for playoff games for the Cavs, it is a testament to his superb ability to score the basketball during the most important time of the year. Keep in mind Irving has been injured during the Cavs playoff runs, so for him to be second all-time already is a testament to his uncanny ability to get buckets.

He wasn’t the only Cavalier to make history on the night however, as fellow teammate James continued to make postseason NBA history. After pulling down his second rebound, James passed Robert Parish for eighth place all-time in playoff rebounds, and with the third of his four steals on the night, James passed NBA and Los Angeles Lakers legend Magic Johnson for third place on the NBA’s all-time playoff steals list.

It was also James’ 19th consecutive first round playoff win, trailing only Magic, James Worthy and Michael Cooper with 20 for the longest winning streaks since 1984. 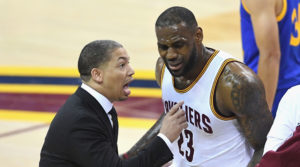