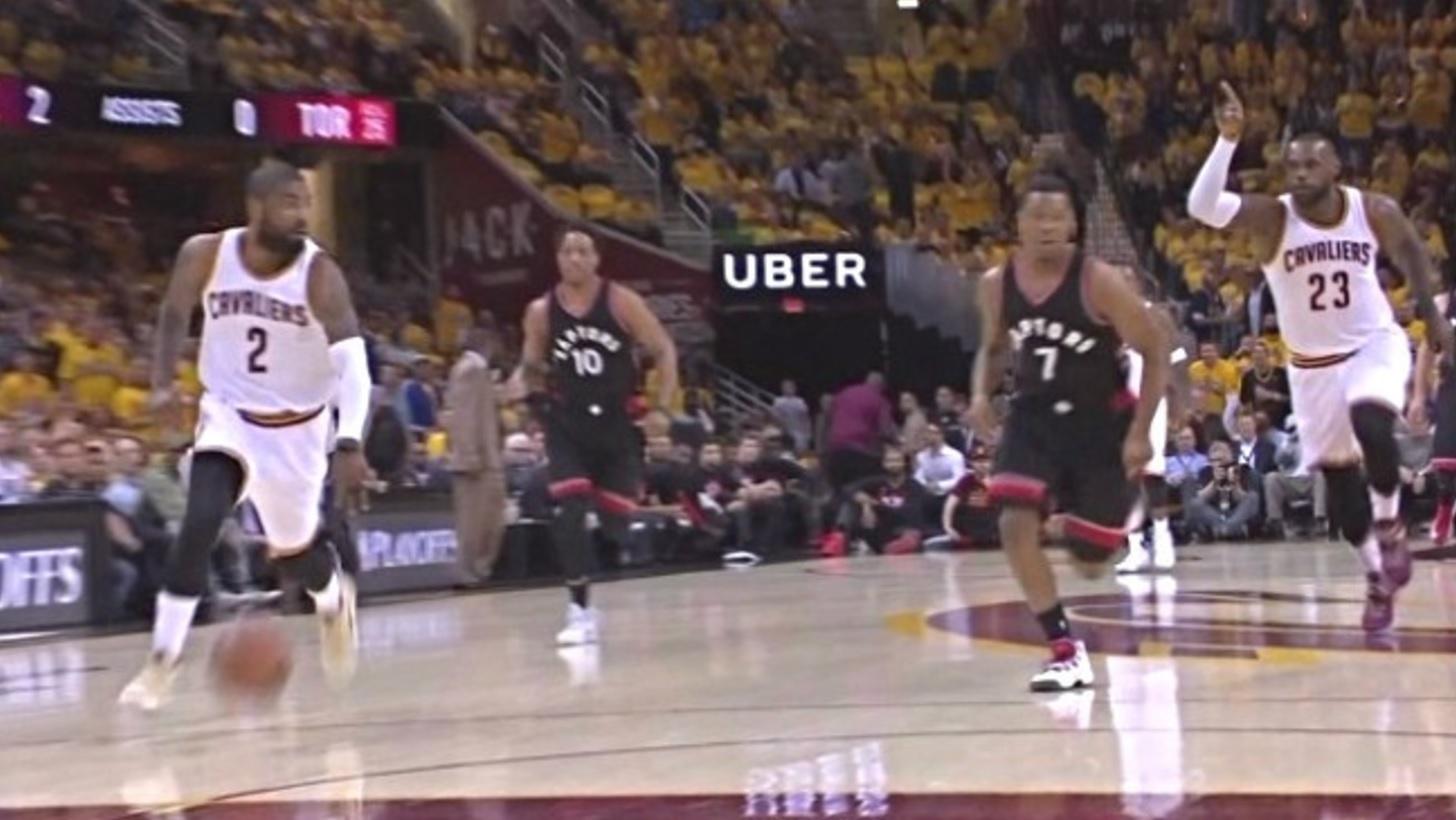 Last night, the NBA’s defending champion Cleveland Cavaliers squared off against the Toronto Raptors inside Quicken Loans Arena for Game 1 of the Eastern Conference Semifinals, ending in a 116-105 victory for the home team.

The Cavs jumped out to a 10-3 lead in the opening minutes of last night’s game. As a result of a Raptors turnover in the first quarter, LeBron James and Kyrie Irving sent the crowd inside The Q into a frenzy with an alley-oop for the ages.

James, who finished last night’s game with 35 points and 10 rebounds, commented on the play during his post-game media availability. The King says he saw the entire play developing.

“I seen the play developing, all the way from the defensive side,” James said. “I played the passing lane on the throw back to Serge Ibaka at the top from Kyle Lowry and I was able to get it to Kyrie and I seen Lowry kind of chase Kyrie down. Not like he wanted to get the ball from Kyrie but I think maybe thought I’d stop running, but when I hit the ball to Kyrie and he kind of looked at me, I told him to throw it off the glass. I pointed to the glass. Or you can say, I told him to throw it to the sky. I like that better. It’s a little higher than the glass.”

Irving, who recorded 24 points, 10 assists, and two steals against the Raptors in Game 1, could have scored an easy layup on the play, but that wouldn’t have sent the same message — nor would it have garnered the same reaction from the crowd. Irving chimed in on the dunk during his post-game press conference.

“Felt good,” Irving said. “Get out to 10-3 so felt good and the momentum shifted to our side, especially in the beginning of the game. You want to start off Game 1 like that, especially in a playoff atmosphere.”

“Throw it up there in any vicinity and he’s going to make a play,” Irving said of James. “The guy is special. It’s crazy what he can do in the air.”

There is no doubt, Irving and James have built a strong bond over the years, both on and off the court. Irving says this is just one more for the memory book.

“I just distinctively remember him pointing up behind me,” Irving said of James. “But to throw it off the backboard like that in a playoff game, in a high intense game and having the trust between us two and him finishing an amazing play like that — just another play in the book for me and Bron on an alley-oop.”