LeBron James King Of Shoe Sales For Nike Once Again 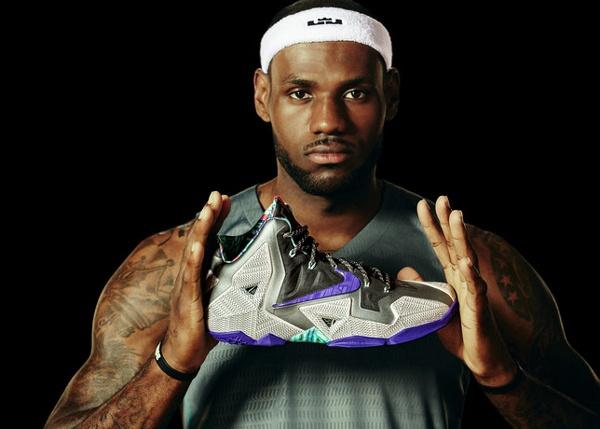 LeBron James has been the face of Nike since he came into the league. Through his career years and MVP trophies to the pair of Larry O’Brien (NBA Championship) Trophies and Bill Russell (Finals MVP) Trophies, LeBron has been putting out incredibly designed shoes with Nike.

From January of 2014 to 2015, James’ Nike shoes have brought in a grand total of $340 million in sales, Kurt Badenhausen of Forbes reported Wednesday morning per SportScanInfo. The $340 million was a 13% increase from the previous year of 2013-14.

Nike is still on top when it comes to shoes, now owning five of the six best selling shoes. The five being LeBron James at $340 million, Kevin Durant at $195 million, Kobe Bryant at $105 million, Chris Paul at $32 million, and Carmelo Anthony at $30 million. Derrick Rose of Adidas is tied in sales with Chris Paul, also generating $32 million in sales.

The best part is that James topped sales despite leaving the larger Miami market for the smaller Cleveland market. His return to the Cavaliers was a good story, but it is translating into enough success to put Cleveland back on the basketball map.