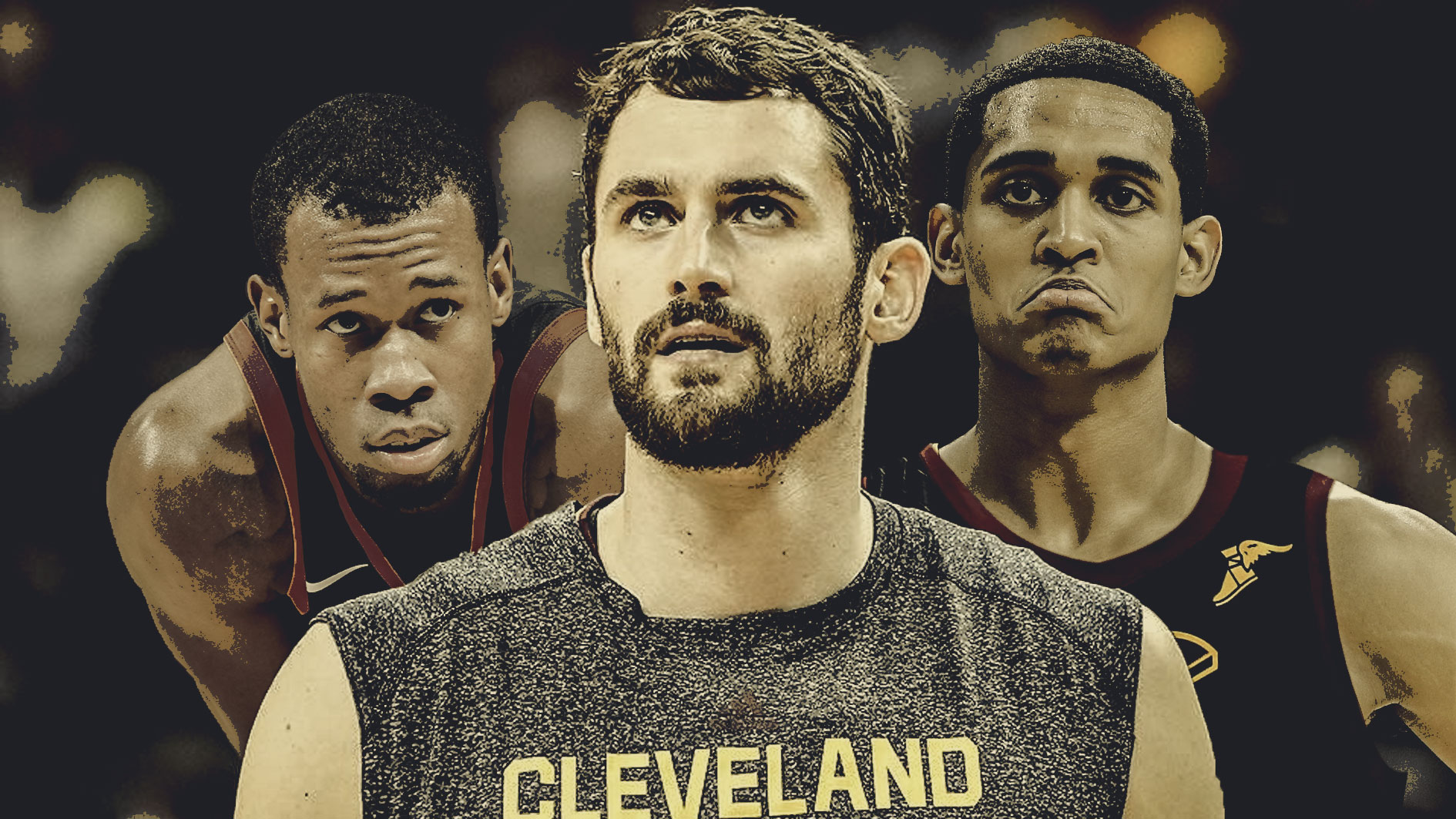 LeBron James, Kevin Love, Cavs need a thumbs up from the rest of the team on offense

LeBron James, Kevin Love, Cavs need a thumbs up from the rest of the team on offense

The first round of the Eastern Conference Playoffs between the Indiana Pacers and the Cleveland Cavaliers has been brutal. Game one was tough for Cavalier fans to stomach, as the team looked anemic on offense. On defense, they looked sharp at times but were blown apart by Pacers All-Star Victor Oladipo.

Heading into the second game, the Cavs knew they had to stop Oladipo.

In their second tilt, the Cavs were able to do just that, as Oladipo battled foul trouble throughout the game and the team did a better job containing him. The offense, on the other hand, was still pretty shoddy against the Pacers.

If it was not for LeBron James dropping 46 points, 12 rebounds, 5 assists, and 2 steals, the Cavs would be down 2-0 to Indiana heading back to their house. James put on a playoff classic, outscoring the Pacers 20-18 in the first quarter by himself:

Other than James, the only other Cavaliers who made a serious impact were Kyle Korver and Kevin Love. Korver finished with 12 points, connecting on four of his eight three-point attempts. Love chipped in 15 points and 8 rebounds but suffered a nasty thumb sprain late in the fourth quarter.

Love is clearly the second best player and the second scoring option for the Cavs. But, his hands have been full rebounding and defending inside. Indiana has a bevy of bigs in Myles Turner, Domantas Sabonis, and Thaddeus Young who Love has to guard and box out. On the other end, all three of the before-mentioned players have been doing a good job containing Love.

The Pacers’ overall defensive strategy is to close out on Love immediately whenever he is in the corner, one of his sweet spots. This has limited his offensive output and has played a part in the low scoring games. Now, with Love suffering a sprained thumb, his offensive output will struggle even more against Indiana. 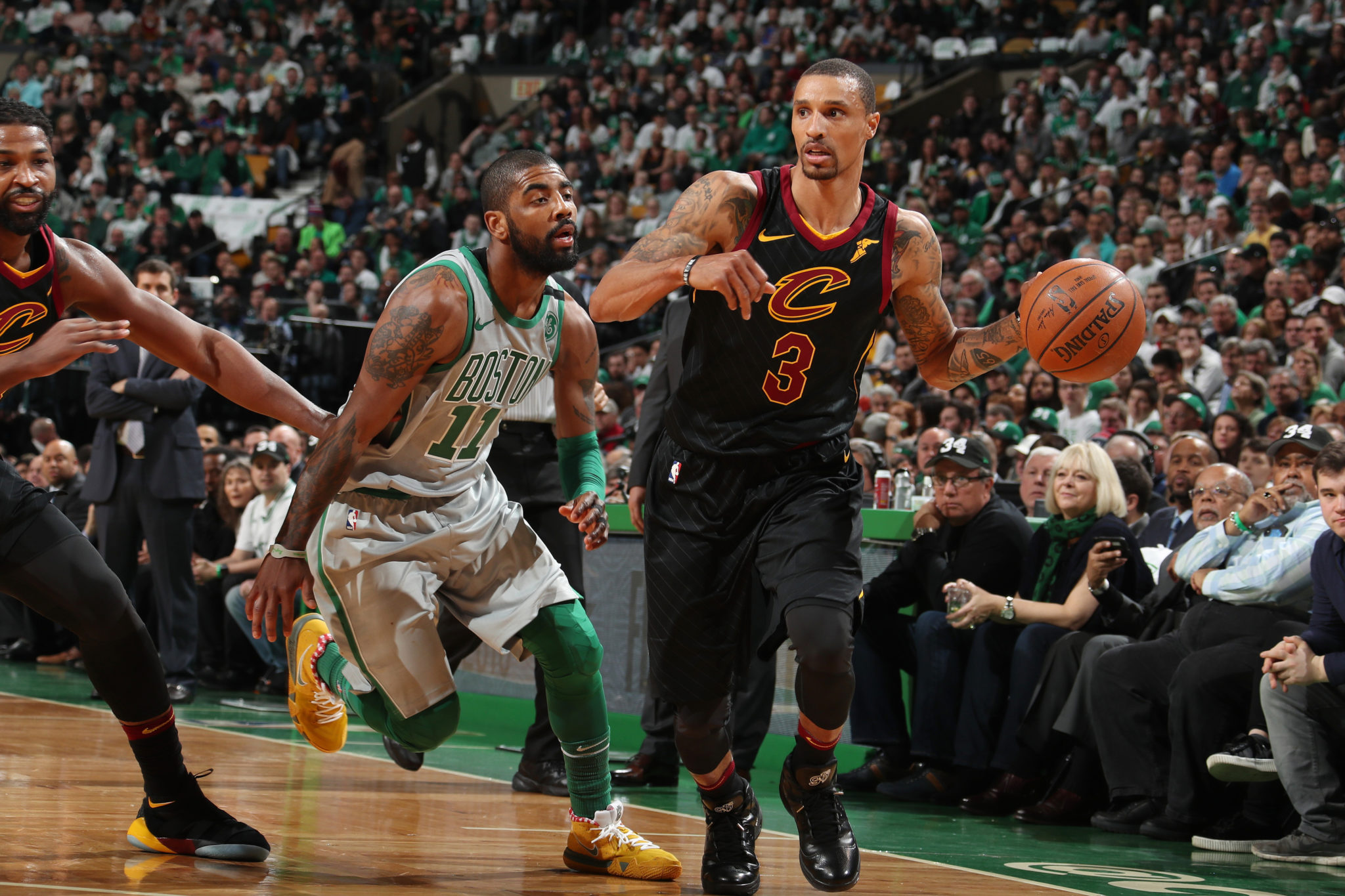 This now forces other members of the Cavs to step up with Love not at full strength. The responsibility mostly falls on Korver, JR Smith, George Hill, and most of all Jordan Clarkson and Rodney Hood.

Korver has been battling a foot injury for a while and thankfully is showing signs of his three-point shooting mastery. Hill, as mentioned in the Playoff Primer, will mostly focus on the defensive side of the ball and playmaking and occasional three-point shooting. Smith has provided solid defense and bizarro three-point shooting when the team needs it most. Korver, Smith, and Hill all know their roles with the Cavaliers and have been stable enough to help the team.

Now all eyes are on Hood and Clarkson, who both have been disappointing in this series. Clarkson has been averaging 4 points and 1 assist, which Hood has been averaging 7 points, 1 assist, and 1 rebound. These two are vital to the team’s success and head coach Tyronn Lue needs to find a way to better integrate them.

Thankfully, Lue is willing to take risks. Heading into game two, Lue relegated Jeff Green and Rodney Hood to the bench, starting Smith and Korver instead. This proved to be a huge success as it helped both Smith and Korver get into a rhythm, which makes it easier for the team to score. The same can be done in a few different ways for both Clarkson and Hood. 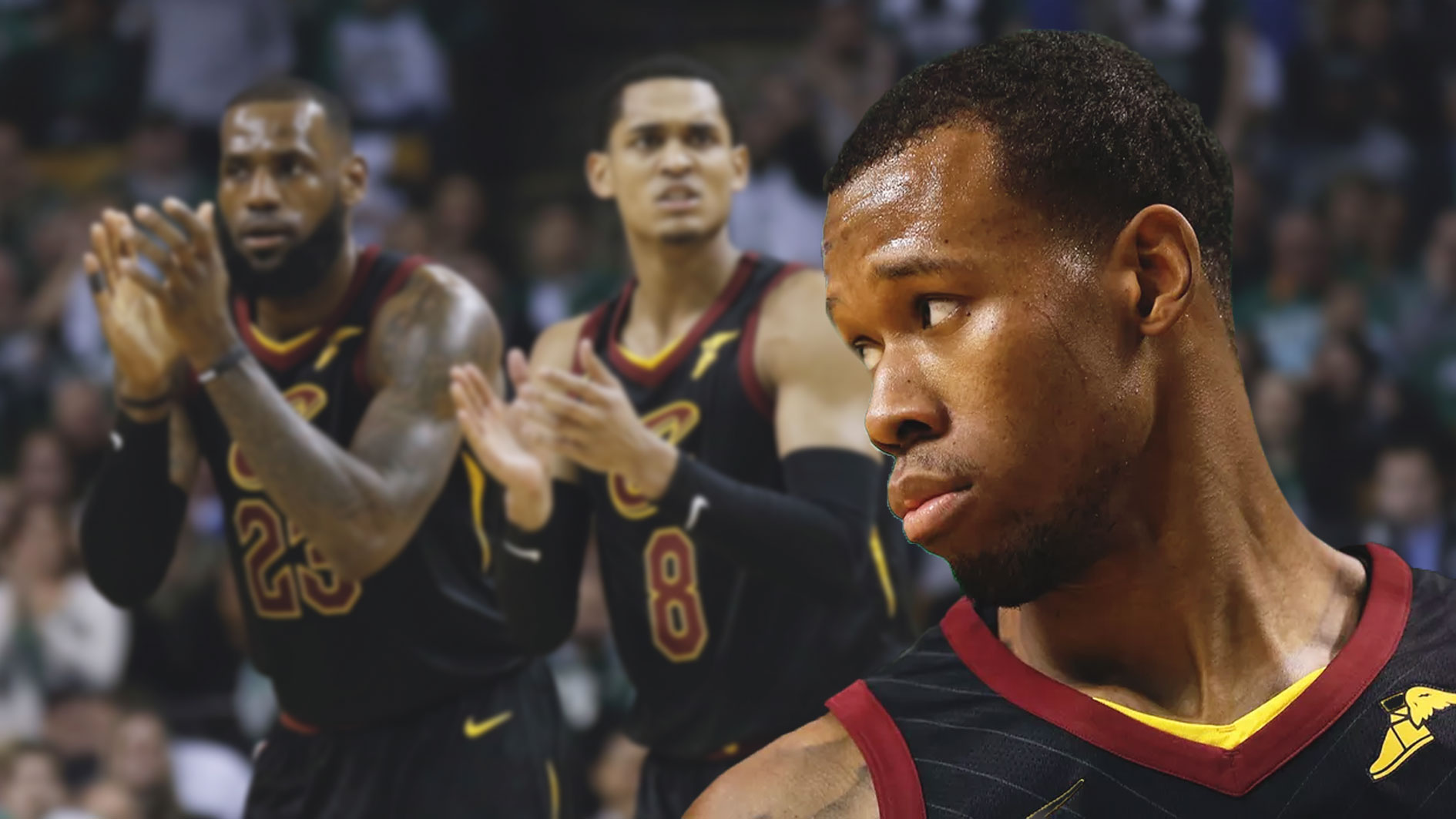 Right now, Lue brings both Clarkson and Hood off of the bench together, which causes a glaring issue. They like to play buddy ball together as they take turns trying to create for the team on offense, and neither quite find a proper rhythm. This causes the mighty Cavs bench to struggle, and in turn helps Indiana get back into the game.

This lineup would be able to provide a solid combination of three-point shooting and defense, and most of all, get Clarkson rolling. Clarkson is a score-first point guard. He pairs best when playing next to King James, as James looks for him frequently on offense as shown throughout the season:

Once the Cavs, and James, get Clarkson rolling, the next focus should be on Hood. Hood was known as a three-point sniper during his time with the Jazz and has shown spurts of this ability while with Cleveland. The next move Lue should make is bringing in Hood to replace James, Hill to replace Korver, and Jeff Green to replace Love. The Cavs unit should now look something like this:

This group still carries over the plan of three-point shooting, athleticism, and defense, but with Clarkson now in a better rhythm, Lue can run plays to get Hood rolling as well.

A key factor of this unit is the tandem of Hood and Hill. Before their time in Cleveland, both were teammates when they played for the Utah Jazz, where they had some of the best seasons of their careers. Hill averaged 16.9 points, 3.4 rebounds, and 4.2 assists while Hood averaged 16.8 points, 2.8 rebounds, and 1.7 assists. They paired well together and were vital to the Jazz’s success:

Out of all of the members of the team, Hill knows best how to play alongside Hood and help bring out Roscoe.

Both Hood and Clarkson are rhythm players, like Korver and Smith. Head coach Tyronn Lue can make some pretty simple fixes to the team’s rotations to better integrate everyone in light of Kevin Love’s recent injury. If the Cavaliers are able to play up to their full potential, they are a pretty hard team to beat.

Getting Clarkson and Hood rolling is going to be key in a pivotal game three against the Pacers. The Cavs have always struggled when they played in Indianapolis, and with Victor Oladipo playing so well, it is vital to get out to a strong start on the road. The team cannot expect James to have another game like he did in game two, and Love has been put in check by the Pacers.

With Korver, Hill, and Smith already rolling, getting the rest of the offensive threats going will be major key in getting out of the first round.