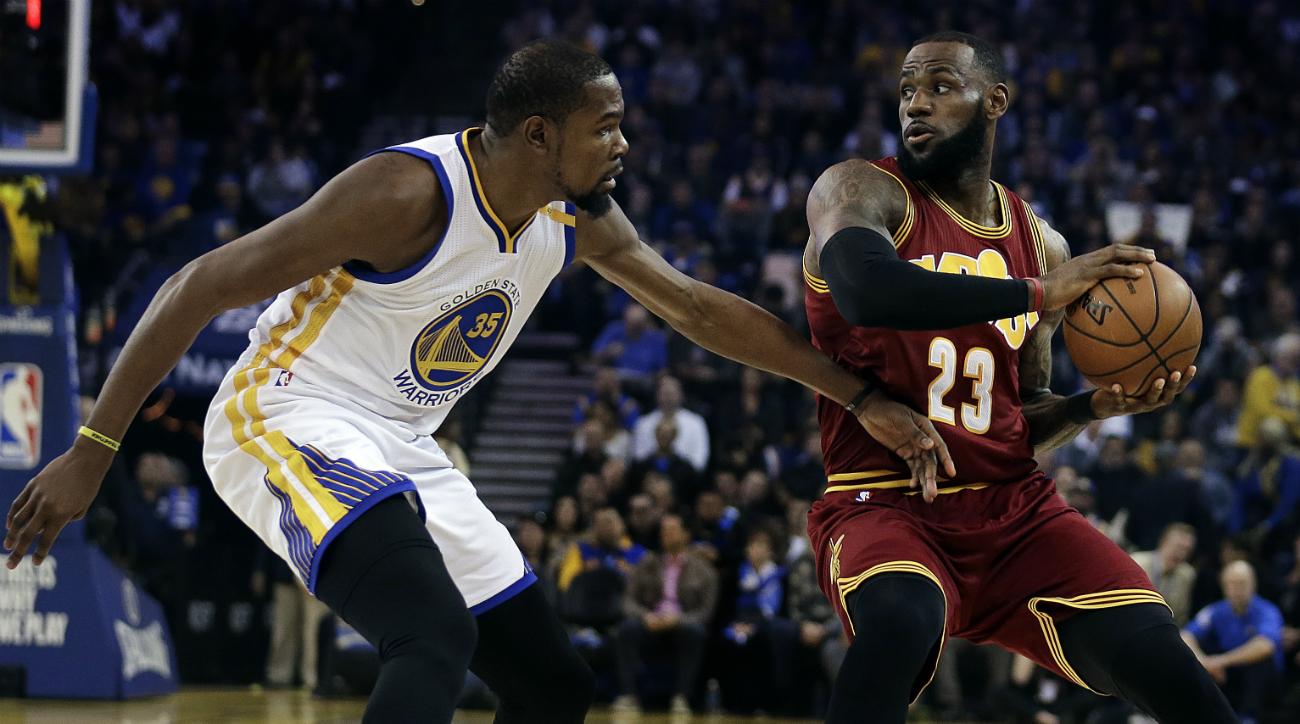 As a result of their 118-113 Game 3 victory over the defending champion Cleveland Cavaliers, the Golden State Warriors are now just one win away from a series sweep.

Now that they have Kevin Durant on their side, most NBA experts and analysts are dubbing the Warriors a super-team. To be fair, Golden State was already a championship-caliber squad. Adding Durant, arguably the second best player in the game today, seems to have pushed them over the top.

Cavaliers superstar LeBron James was in a similar situation in the summer of 2010, when he left Cleveland for South Beach and the Miami Heat, although the circumstances were a bit different.

During his Finals media availabilty this afternoon, James was asked if he thinks Durant’s move to the Warriors is good or bad for the NBA. In his response, the King credited Golden State’s ability to retain most of their drafted core through Bird rights.

“Oh, I mean, it’s part of the rules,” James told Anthony Slater of the San Jose Mercury News and Bay Area News Group. “The difference in my situation is — well, the best thing with Golden State’s situation is a lot of their guys are drafted. They drafted a lot of their guys. Three of their best players were already drafted, so they were able to hold on to them because they own the Bird rights, if everybody knows the CBA. So they’re able to keep Stephen Curry, Klay Thompson, and Draymond Green, and go out and sign someone else like they did this past summer by just getting rid of a couple of pieces in Harrison Barnes and not re-signing LeAndro Barbosa and Andrew Bogut and guys from last year’s team. So that allowed them to go do that.

“My case, going to Miami, we had to clear a lot of space because they didn’t have anybody as far as guys that they wanted to keep as far as Bird rights besides Udonis Haslem and Dwyane Wade. They had the opportunity to get two of us, and they did that in me and Chris Bosh. Then we were able to finagle a way to get Mike Miller because some of us took pay cuts, and got some other guys. We had Mario Chalmers because he was drafted, but it was a different situation — totally different.”

There are some basketball fans who argue that Durant’s move to the Warriors “ruined the NBA,” but James says it doesn’t really matter. In fact, the three-time champion says it’s “great for our league.”

“Is it fair?,” James continued. “I don’t care. I mean, I think it’s great for our league. Right now, look at our TV ratings, look at the money our league is pouring in. I mean, guys are loving the game, our fans love the game. I mean, who am I to say if it’s fair or not? No matter who I’m going against, if I’m going against four Hall of Famers, like I said before the series started with Draymond, Klay, Steph, and K.D., or if I’m going against two or whatever the case may be, I’m always excited to play the game.

“And I’m not one to judge and say if it’s fair or not if guys are adding players to their team. So that’s what you want to do. Is it fair that the New York Yankees in the 90’s was adding piece after piece after piece? I mean, if you have the opportunity to do that — is it fair that the Dallas Cowboys added Deion Sanders? I mean, listen, it happens. It’s sports. You have an opportunity to sign one of the best players, and you can do it, go ahead and do it. Why not? If I become an owner, I’m going to try to sign everybody.”

All in all, James, a 14-year NBA veteran who is playing in his seventh consecutive Finals, doesn’t seem to think anything bad about Durant’s decision to join the Warriors. 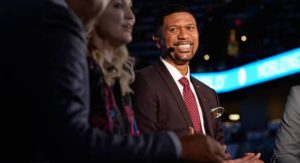