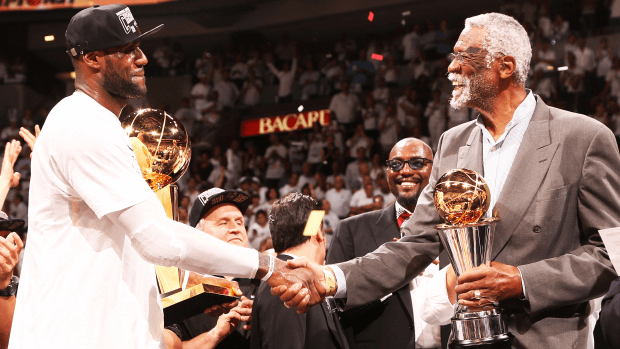 James’ list of awards goes on, but let’s move forward…

All of that being said, James, 31, has a chance to obtain yet another noteworthy achievement. There are but two other players who have reached the NBA Finals eight or more times before the age of 32: William Felton “Bill” Russell (10) and Earvin “Magic” Johnson (9).

To be in the company of Russell and Magic, two players who revolutionized the game of basketball over the course of their respective careers, is unquestionably an honor of the highest merit.

Will James and the defending champion Cavaliers find themselves in the NBA Finals again this year, giving The King an eighth appearance on basketballs grandest stage? If The King and his merry men continue at this pace (currently 21-6 and leading the Eastern Conference), the hypothesis could indeed become a reality.

“The Kid from Akron,” who’s now a role model friend and family man with three children of his own, has been on a meteoric rise since his days at Saint Vincent – Saint Mary High School in Akron. One day, someone will write a beautiful biography about this man’s incredible life journey. Until then, let’s just enjoy the ride. 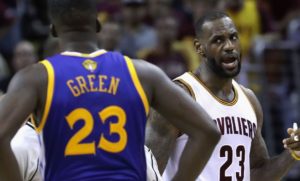