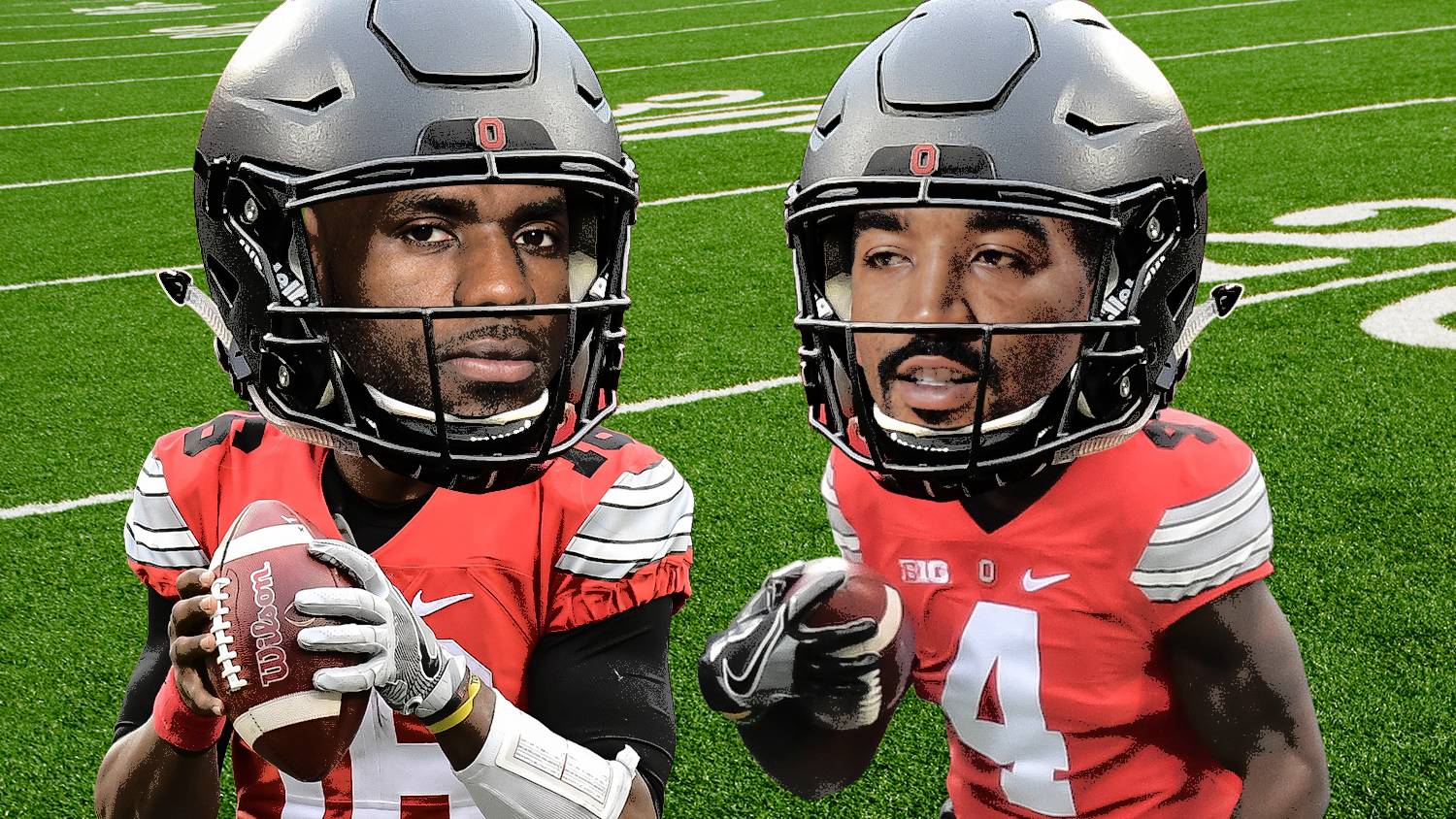 On a blustery Saturday afternoon in November, the Ohio State University Buckeyes hosted their rivals to the north, the University of Michigan Wolverines, for another classic match-up on the grid-iron, resulting in a 30-27 victory for the home team.

Several members of the Cleveland Cavaliers, who had an off day in the early stages of this year’s NBA season, decided to make an appearance at the game in support of the Buckeyes.

Many pro athletes played multiple sports in their childhood days and not just the one they became most successful in. Cavaliers players, LeBron James and J.R. Smith, fall into that category.

James, who made his appearance at The Shoe wearing a custom scarlet and gray No. 23 jersey, was a two-time all-state wide receiver for his alma mater, Saint Vincent – Saint Mary High School, in Akron, Ohio. In his two seasons of play at St. Vincent – St. Mary (sophomore and junior year), James became one of the best receivers in the state, recording 99 receptions for 1,912 yards and 27 touchdowns.

In fact, James’ dominance on the football field was so impressive that the Buckeyes began recruiting him in his upperclassman years.

Smith, who played several positions on the field throughout his tenure at Lakewood High School in New Jersey, was also a top recruit in his class.

In the end, James and Smith chose basketball over football. Both players would forgo college and enter the NBA Draft straight out of high school (James in 2003 and Smith in 2004).

From his suite-level seat during the game, Smith, seemingly inspired, posted an inquisitive video on Instagram, asking:

The question is, being that we play professional basketball, didn’t go to college, can we come back and play college football?”

“Do we still have eligibility? Somebody, give us the answer.”

The answer, technically, is yes. It’s just highly unlikely. In an e-mail, Aaron Dodson of The Undefeated asked an NCAA representative if NBA players were eligible for collegiate football. Dodson recants the answer in his recent article.

Generally speaking, if a player were to be drafted and compete as a member of an NBA team, then he would not be eligible to compete in basketball at the college level. However, he could participate in a different sport.”

The rule is officially written in the “Amateur Status if Professional in Another Sport” clause in section 12.1.3 of the NCAA’s Division I Manual, which states, “A professional athlete in one sport may represent a member institution in a different sport and may receive financial assistance in the second sport.”

So, yes, Smith and James could play college football. However, both players have endorsement deals and agents, which could put their eligibility in jeopardy. They would also be juggling the first portion of the NBA season with their respective college football seasons. The scenario is unlikely, but a lot of fans would love to see it happen.