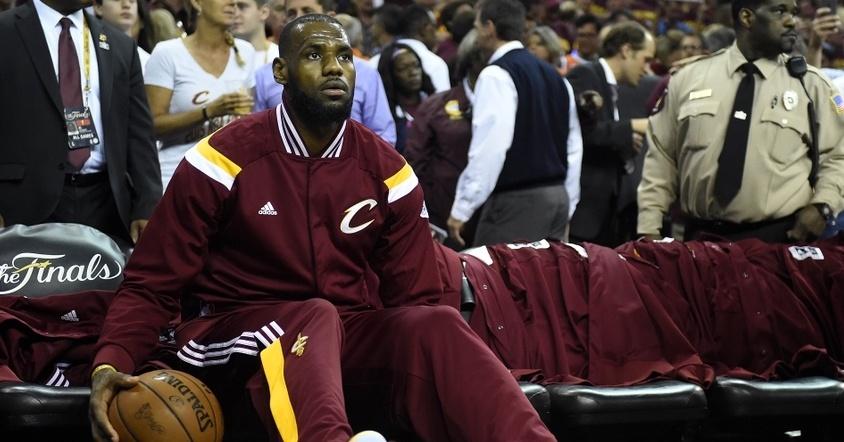 The epic contest between the Cleveland Cavaliers and Golden State Warriors on Christmas day ended in controversy, as Warriors’ forward Kevin Durant felt he was pushed on the final play when guarded by Richard Jefferson.

This caused a stir between NBA fans and personalities alike, who dissected the final moments in the match-up to determine what calls were correct and incorrect during crunch time.

After Durant’s comments, the focus has been on the last two minute report that the NBA release on request to clarify the right and wrong calls during the final moments.

The reports surfaced just a day later, and LeBron James weighed in what he thought of the NBA’s last two minute report following Cavs practice on Wednesday via Dave McMenamin of ESPN.

“I’m not a fan of the two-minute report,” James said after the Cavs practiced on Wednesday. “I think it discredits what the referees are doing for 48 minutes. If that’s the case, you might as well do a 48-minute report.

“It’s not fair to the referees that you only talk about the final two minutes of the game and not the first 46. There’s plays that’s missed, there’s plays that called throughout 48 minutes that don’t get talked about.”

You can now add James to the growing list of people around the association that dislike the report. Steve Kerr, Gregg Popovich, Stan Van Gundy and Dwyane Wade are just some of the names that have also voiced their concern or distaste for them.

James himself was also under spotlight when many felt he should have received a technical foul for hanging on the rim excessively as he dunked on Draymond Green and Kevin Durant in a massive three point play to give the Cavs a two point advantage, but his response to the accusation was perfect.

“First of all, me hanging on the rim had nothing to do with the play. It was a timeout and a foul, so I could be hanging on the rim all the way until the game is being (resumed), it doesn’t matter. So why would it be a technical at that point? I get it if I dunked the ball and play was still in session and nobdy was up underneath me, I get that. But it was a timeout, plus a foul.”

Due to the playoff nature and atmosphere of the game, the refs as well as the players also feel the pressure to make every call the right one. Throughout the game, calls go both ways which are right and wrong, and the calls usually even themselves out in the end.

The NBA report changes nothing, and the Cavaliers still won the biggest game of the season so far because they deserved to.