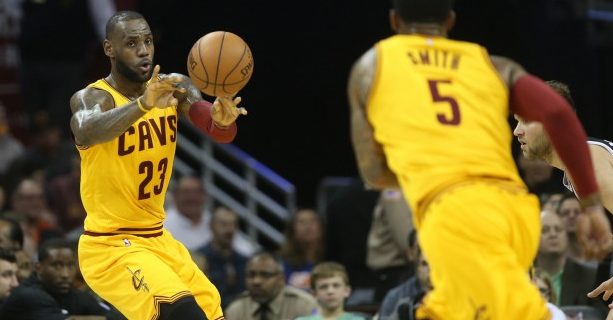 At 32 years of age, LeBron James is having one of the best statistical years of his illustrious NBA career. “The King,” as James is justly known, is currently averaging 26.3 points (team-high), 7.8 rebounds, and a whopping 8.2 assists per game (second-highest assist average of his career).

With so many accurate shooters on his team, James has made a conscious effort to learn how each of them like receiving a pass. In an article by Scott Davis of Business Insider, James sheds light on some of his teammates pass-catching preferences.

“It doesn’t matter for Channing [Frye]. I try to put it on the seams as much as possible, but he catches and fires, he doesn’t move the ball. You see some guys, when they catch it, they kind of move it and fix it. Channing lets it go. Champ [James Jones] lets it go. But you gotta put the ball high for Champ, because he shoots it at the peak of the height. J.R. [Smith] likes the ball a little bit lower because he kind of dips with it, and also with [Mike] Dunleavy [Jr.] before the trade, he liked it low, too, because he used to dip with the ball, too.”

James recently spoke to reporters about passing to Kyle Korver, Cleveland’s newest aquisition from the Atlanta Hawks. By now, James is well-versed in Korver’s catch-and-shoot capabilities, so he knows that getting the ball to the 6’7″ swingman on target is important.

“From my perspective, as far as a quarterback, see where my receiver likes the ball. See what sides he likes to come off of pin-downs [screens] and things of that nature. So, I got a good feeling, but it will also take some time on the floor. But I’ll get the ball to him.”

Alongside marksman like Kyrie Irving, Kevin Love, J.R. Smith, Channing Frye, James Jones, and now Korver (all having a fluorescent green light), the passing element of James’ game may become even more dangerous. Opposing sides will simply have a hard time trying to guard so many perimeter threats.

James leading his team in the assist column indicates that Cleveland’s ‘Big Three’ have become more comfortable with one another on the offensive end of the floor; each understanding their role on the team. 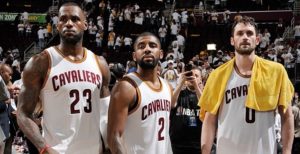