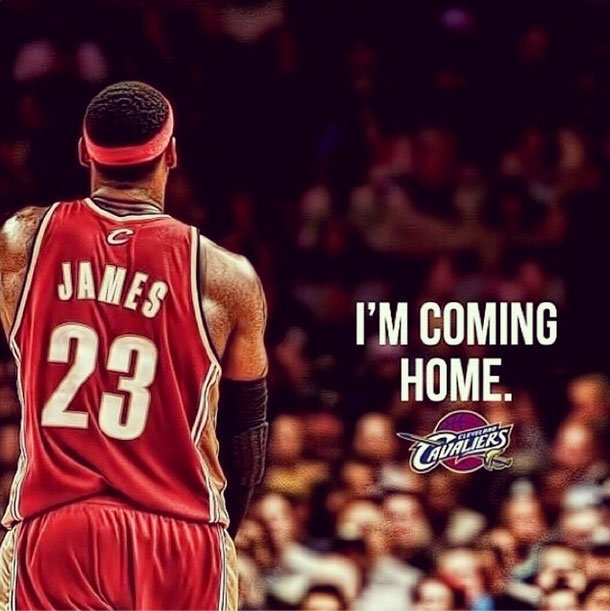 It’s been just over 2 weeks since LeBron James decided that he was going to return to his home after spending the past 4 seasons in Miami. And what a few weeks it has been for not only the city of Cleveland, but the NBA as a whole. This one decision has affected the course of the NBA for years to come. In fact, this decision is by far one of the greatest moments of Cleveland sports. While the 1st decision back in 2010 might be one of the worst sights of Cleveland sports, this decision is very much the opposite. {adinserter 2} Quite ironic that both the best and worst moments happens to be related to one player. But to the city of Cleveland, he’s more than just a player, he’s also a key role model to the younger generations. As part of the decision, many people have a new-found respect for LeBron James not just as a basketball player but also as a person. Many LeBron James fans in Ohio have re-emerged and numerous great renditions of “I’m Coming Home” have begun to appear. Here’s a look at one of the best ones so far, courtesy of “Freedom | Network” on Youtube. For all of you Cavs fans, this will bring back some great memories of LeBron’s old days in Cleveland spanning from his half-court shot over Derrick Rose to acrobatic run from behind blocks to even game-winning shots. He’s done it all, and he’s about to do it again.