LeBron James Has Nothing But Respect For Referee Joey Crawford 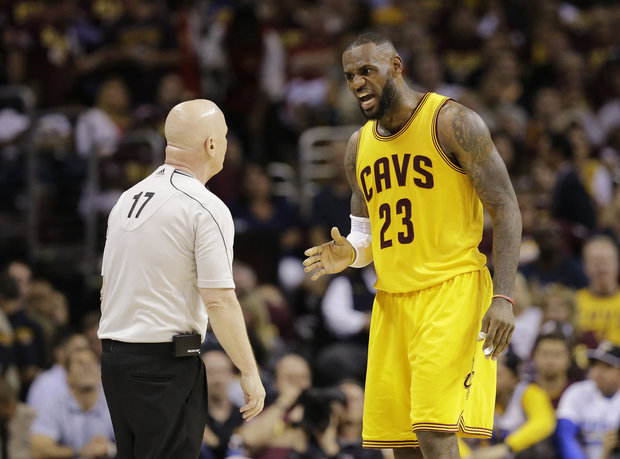 Last week, one of the most popular NBA referees in history announced that he will be retiring after this season. The 64-year old Joey Crawford has made his mark in the minds of fans and players, especially Tim Duncan, with his animated and, at times, abrupt behavior.

In fact, he is the only non-player who became part of social media sensation Brandon Armstrong’s funny basketball impersonations. That speaks a lot about Crawford’s popularity as the list of players which Armstrong has done videos of is quite star-studded.

Chris Haynes of the Northeast Ohio Media Group caught up with LeBron James to get his thoughts on one of the most, if not the most, recognizable officials of all time.

“I’ve had him when I was a youngster, I’ve had him at Finals games, I’ve had him in regular-season games and he’s never wavered. He’s been the same guy in a preseason game all the way to a Finals game, man, and obviously we all know what comes with that. But he’s always been a great ref, someone that you can talk to. Much respect to him.”

“The Joey-isms. He has his way of calling certain calls. Traveling or blocks or things of that nature man, he has his ways but it’s all good.”

“He hasn’t shied away from what people have said about him. Just like any basketball player, when you just feel like you gave it your all and you can’t give any more, then it’s time to give it up and I think Joey has come to that point.”

“Hopefully we see him again before this season is over so I can congratulate him on such a great career. He’s earned it.”

Joey Crawford’s last game was actually in Cleveland when the Cavs won over the Indiana Pacers. It was also the night when his knee locked up, and he is currently recovering from surgery. Crawford is expected to return in March and he should be able to continue his farewell tour into the playoffs.