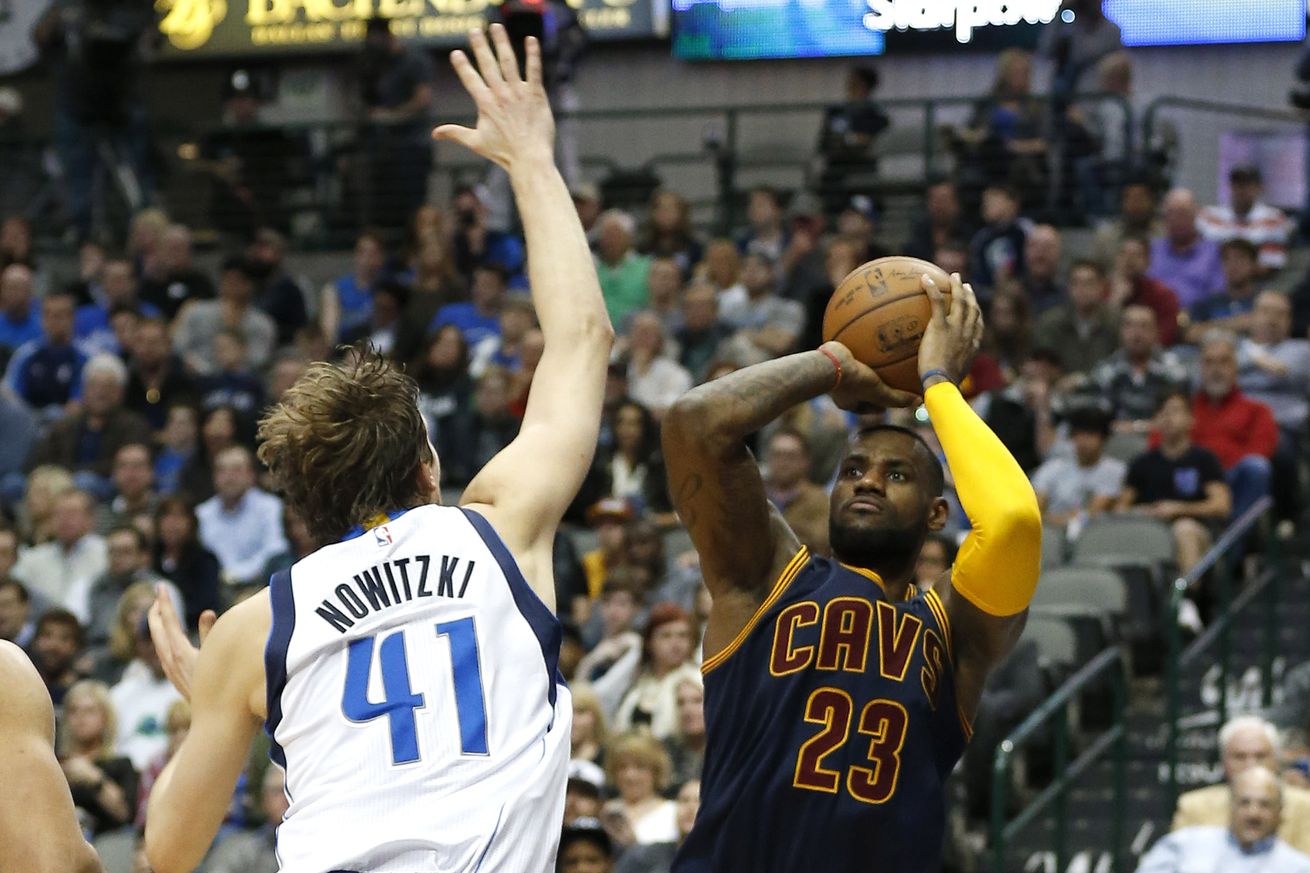 Oftentimes, LeBron James sees above his defender whether he’s on the wings or playing the point with his 6-foot-9 frame. It has been like that for his entire career and one other player who can relate to James in that regard, and has been very successful in doing so, is Dirk Nowitzki.

Both James and Nowitzki are special players who were able to deviate from what others of their size have been enclosed to doing on the court. Obviously, the seven-foot tall German is the poster boy for stretch fours with his uncanny ability to knock down shots from long range.

That’s why it came as no surprise when LeBron James hailed Dirk Nowitzki as one of his all-time favorite players in Joe Vardon’s article for Cleveland.com.

“He’s just a true professional. A guy who continued to get better every year, and also, when he slowed down just a bit, he expanded on other parts of his game, still make him efficient and effective out on the floor. He’s great.”

Nowitzki also handed James one the worst heartaches of his career when the unheralded Dallas Mavericks defeated the powerhouse Miami Heat in the 2011 NBA Finals, four games to two. Nowitzki played like he owns the stage as James was limited to hugely disappointing numbers, by his standards. In six finals games, the Dallas superstar averaged 26.0 points, 9.7 rebounds, and 2.0 assists while the then-Miami ace was held to 17.8 points, 7.2 rebounds, and 6.8 assists on a measly 32% shooting from the field.

Being victimized by it, LeBron James also admitted to taking a page out of Dirk Nowitzki’s book through emulating the German’s unstoppable one-legged fadeaway jumper.

“It’s not a big piece of my arsenal but I go to it every now and then. It’s just a shot that can’t be guarded, obviously. We’ve seen it … over the years with Dirk and you can’t contest it. You can’t guard it. It helps the fact that he’s 7-foot, too, when he’s shooting that shot too.”

These two future Hall of Famers only have limited instances going up against each other going forward with Nowitzki now at 37 years of age. But he has been able to remain playing at a very high level through the years so competitive matchups are still ahead for everyone’s enjoyment.