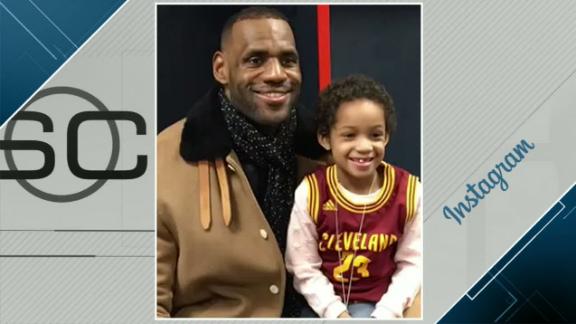 It’s astonishing how ordinary routines can turn into nightmares in an instant. We go about our daily lives often blind to what the people around us may be going through.

In June of 2014, (then) 4-year old Leah Still was so excited to be performing in a dance recital in Delaware; but Leah’s mother decided that persistent feverish symptoms warranted a visit to the emergency room instead. After pain was discovered in Leah’s hip, doctors began to perform an ultrasound. Unsure of the diagnosis at the time, medical staff then began hours of further testing. When the results finally came in, they were not good. Leah had a rare form of cancer called neuroblastoma.

“When I saw the doctor walking out and her lip was shaking, I kind of knew what she was going to say. I just felt like I was hit with a train,” said Leah’s father Devon Still, former defensive tackle for the Cincinnati Bengals and former Penn State Nittany Lion. After receiving the news of his daughter’s condition, Still was granted leave from the Bengals, and then was later added to their practice squad with full health benefits – moves that were designed to give him more time with his family. Still had no intentions of leaving Leah’s side, saying: “When the doctor said she only had a 50 percent chance, I realized I would be giving up time to spend with her if I went back to the team.”

Still even went as far as shaving his own head to match that of his daughters, who had undergone numerous chemo treatments. After months of treatment, a nearly six-hour surgery to remove a tumor, and inspiring the entire sports world and beyond, Devon happily announced on November 25th, 2014: “Leah has no evidence of cancer remaining.” Though healthy, Leah will likely have to be tested and screened for the rest of her life.

Many athletes and celebrities looked to Leah’s story for motivation, Cavaliers forward: LeBron James was no different.

When LeBron found out that Leah would be in attendance for their match-up with the Wizards in DC, he knew her story well and wanted to make her proud, saying:

“I knew she was going to be there tonight, her and Zhuri, my baby girl, are my two favorite women in the world. They’re just unbelievable. I know my mom and my wife will be a little bit jealous, but they’ve got to take a back seat to those two. Just her strength, her courage, and what she’s been through over the last few years, man, it’s uplifting to all of us, and it’s always great seeing her, for sure.”

With Leah finishing her last treatment last night, I can really say my daughter BEAT CANCER! Words can't describe how proud I am of this girl. No matter how hard it got or how painful the treatments were (and it was pretty bad a lot of the times) she never gave up! I want to thank everyone who followed us as I documented her fight on social media. The amount of support we received was beyond amazing! I can honestly say that you all made a big difference. Every time we received bad news or felt like it was coming to a point were we couldn't fight anymore, I would go to the comments you all wrote cheering us on and it would make us fight so much harder. I ask that since Leah's fight is at the end that you follow other families journeys and cheer them on just as you did us! My advice to any family going through this battle: no matter how hard it gets, no matter what the doctors tell you, always remain positive! Speak victory into existence. Give your child's fight with cancer a purpose. Use it to raise awareness so that you can help all kids fighting this disease. No matter how big or small your platform/following is, you will reach that one family that just needs to know they're not alone in the fight so they don't give up. drop to your knees everyday and pray. I was never a big spiritual person but I always believed in God and knew who to turn to in the time of need. Keeping faith that God will see you through doesn't make the battle easier but it makes winning possible! It gives you back the hope that is stripped away from you every time you watch your kid endure the pain from the treatments and the bad news you often receive from the doctors. #LEAHSTRONG #STILLSTRONG

LeBron would go on to have one of his best performances of the season in the 121-115 win over Washington (34 points) with Leah excitedly watching in the stands, sporting her #23 jersey for support.

LeBron, with a big smile, told reporters after the win and hearing of Houston signing Devon:

“Signed by Houston? That’s all blessings from the man above.”

Leah's last treatment is Friday. I just signed a contract to get back to doing what I love. I would say this week is a good week! I told myself from day one with Leah's diagnosis I would give her my all and sacrifice my career because if I lost her to cancer I could never get her back but if I lost football, given the right opportunity, I could get it back. Thanks to the Texans for giving me that opportunity! #TheBlessingsAlwaysComeOnTime 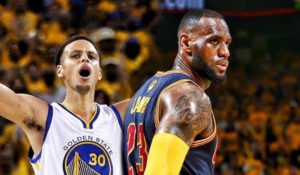