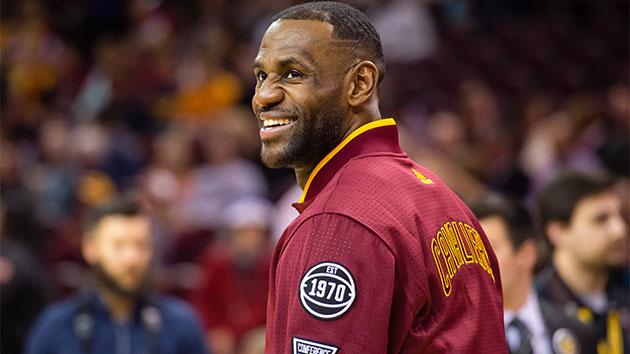 LeBron James has made connections with a number of children already, touching their lives whether it’s by way of his foundation or through personal acknowledgement. In return, some of these kids also provided inspiration to James. But none has made an impact in a more profound way than five-year old Leah Still.

Joe Vardon of the Northeast Ohio Media Group wrote about the Cleveland Cavaliers superstar’s admiration towards this brave little girl who was in attendance when the Cavs defeated the Washington Wizards at the Verizon Center.

“I knew she was going to be here tonight. Her and Zhuri, my baby girl, are my two favorite women in the world. Just, they’re unbelievable. I know my mom and my wife will be a little bit jealous, but they’ve got to take a back seat to those two.

“Just her strength and her courage and what she’s been through over the last few years, it’s uplifting to all of us and it’s always great seeing her for sure.”

Putting another person ahead of one’s own mother and wife in the “favorite women” standings sounds like a big deal, right? For Leah Still, it speaks a lot about her inspiring story. These two had actually met last year during All Star Weekend and James also sent her an autographed jersey for Christmas.

The daughter of NFL defensive lineman Devon Still is a survivor of one particular kind of cancer called Neuroblastoma. She has already received a clean bill of health and is set to receive her final round of treatment this week. According to Vardon, her father was the one who called up James for tickets and because he was going to Houston, Leah’s mother and grandmother took her out to the game. James further explained why the Stills’ situation hit him so hard.

In the Wizards game, Leah Still’s presence provided additional motivation for LeBron James. He finished the night with a game-high 34 points.