LeBron James goes off on own team after loss to Pelicans 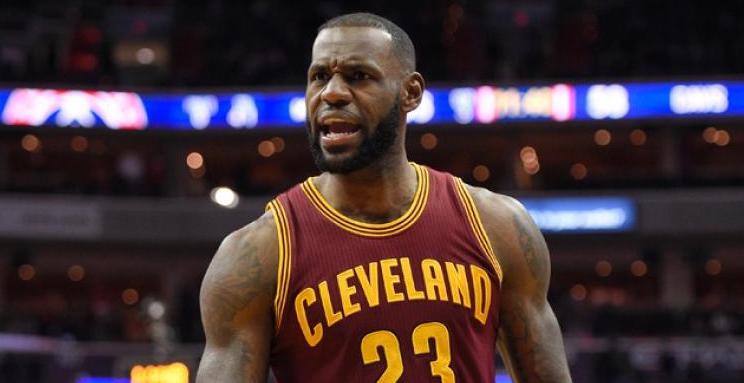 The Cleveland Cavaliers fell to the New Orleans Pelicans on the road last night adding to their horrible start to 2017, and LeBron James was not a happy man.

The Cavs found themselves down by 20 points just before halftime, and despite 49 points from Kyrie Irving as well as a triple double from James, the Cavs came up short against a Pelicans outfit who was without their best player in Anthony Davis.

After logging another 43 minutes, James didn’t mince his words when asked about the Cavs’ recent struggles, and the need for a backup point guard in an expletive-filled response, via ESPN:

James then listed a number of free agents the Cavs could have pursued including now-Los Angeles Clippers guard Raymon Felton, and Michael Beasley, who has signed with the Milwaukee Bucks for this season.

James then eluded to the fact he thinks this Cavs roster isn’t up to scratch to lift the Larry O’Brien trophy again as of right now.

“It’s great to have bodies,” James said. “Obviously, in the playoffs, you go down to what, eight max? And if somebody gets in foul trouble, you go to nine. You’re not playing back-to-backs. You have two days in between. You’re able to lock in.”

The Cavs have lost five of their last seven games, and James continued his unfiltered rant as he discussed the need for another playmaker, which has been his mantra in recent weeks.

“I’m not singling out anybody,” James said. “I’m not. Yeah, we won [the championship], but f—, you know what, let’s see if we can do something.”

“We need a f—ing playmaker,” James said. “I’m not saying you can just go find one, like you can go outside and see trees. I didn’t say that.”

He knows how important it is to have personnel that are ready to contribute come playoff time, not just numbers filling the roster sheet.

James may have a very valid point, as the Cavs have now lost games to the Pelicans without Anthony Davis, and the Spurs without Tony Parker and Pau Gasol, key pieces to both respective franchises.

James went on to discuss the need to continue to mix it with the best with readily productive players.

“They’ve got bodies,” James said of San Antonio when asked about the Spurs’ beating the Cavs without Pau Gasol or Tony Parker. “They’ve got bodies. For the most part, all championship-contending teams has got guys that are ready to step in. Knock on wood, what if Ky goes down? For two weeks. Let’s say two. What if I went down for three weeks?”

James was visibly frustrated with how last night’s game panned out, and stated there were no signs from the Cavs that they could handle the load with himself and Irving on the bench.

“What else are we going to do?” James said. “You saw the game. Kyrie had to do that. And I tried to mix in my plays. We didn’t have no choice. … We got what we got.”

After making six straight NBA finals and in his 14th season in which no player in NBA history has played more minutes at this point in his career, the four-time MVP understands that the time is now to make things happen in the championship window.

“Listen, when I feel like physically and mentally, me personally, can’t compete for a championship no more or I feel like I can’t do it, then I won’t have this problem. But until that happens, and it don’t seem like no time soon …”

For someone as successful as James, it is unlike his teams to lose five out of seven games. He is a fierce competitor, and hates to lose no matter the circumstance. James is not happy at the moment, and the Cavs front office needs to push the right buttons in order for the franchise to continue to move forward.

It’s been a rocky start to the New Year, and James summed it up perfectly.

Look for the Cavs to right this wrong sooner rather than later, as the king continues to force their hand in the hopes of improving for their title defense come June.