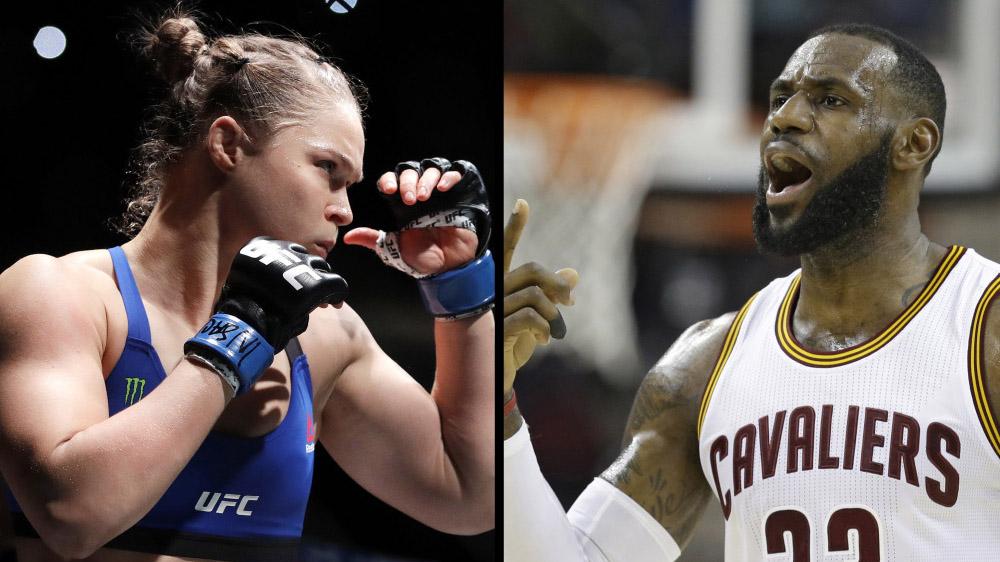 LeBron James has walked the path Ronda Rousey is walking through after a second straight loss in the octagon, this time in a 48-second stoppage at the hands of the Women’s Bantamweight champion Amanda Nunes during the main event of Friday night’s UFC 207.

The internet had a flurry of memes mocking the former champion post-fight, as Rousey was picked apart blow-by-blow with Nunes’ length and pinpoint-accurate strikes that landed cleanly time after time, forcing referee Herb Dean to call the fight early in the first round.

“In sports, in general, they build you up as high as they can, put you on the highest mountain in the world, just to tear you down,”James told Jason Lloyd of the Beacon Journal on Saturday. “That’s coming from somebody who has experienced it. And that’s exactly what she’s going through right now. That’s a fact. I know exactly how she feels because I was that athlete. I went through that.”

King James did not watch Rousey’s fight, but watched some of the undercard with his teammates as well as the conclusion of the Michigan-Florida State game.

He likened Rousey’s low-point in her career to his move to the Miami Heat, where he eventually lost to the Dallas Mavericks in the NBA Finals. James would bounce back to win three championships over five years. Rousey’s future is yet to be known.