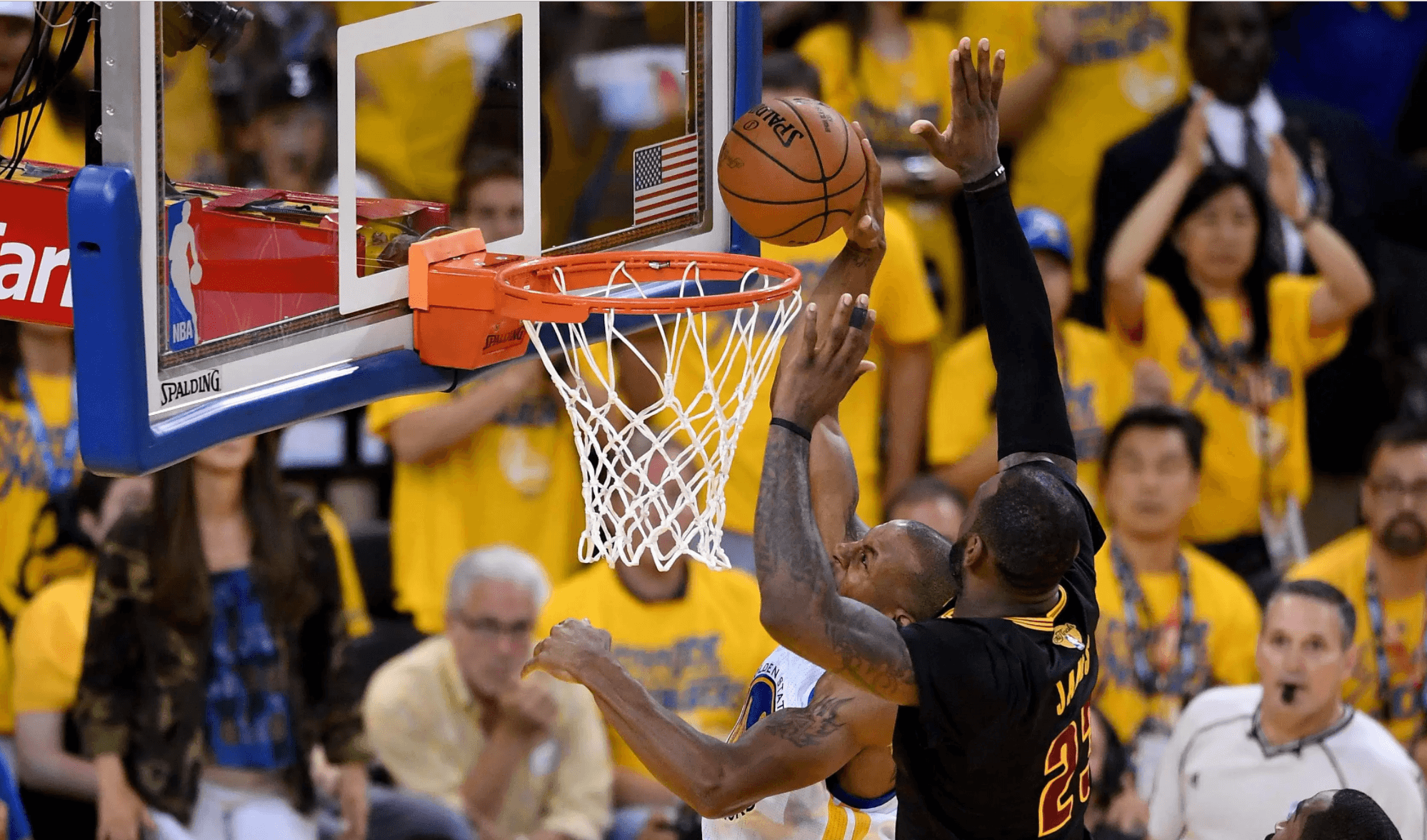 Christmas time this year is remarkably different than last year. Without a ring, without the assurance of success, Cleveland was still known as the mistake on the lake. Unfortunately, Clevelanders felt this way as well.

The anxiety remained despite the Cavs’ progress mainly because of the Golden State Warrior’s continued success, and when the city found themselves down 3-1 in their chance of redemption. Even when the team rallied in Games 5 and 6, there were doubts as to Cleveland’s ability to finish given their historical lineage of collapses. Even when the team was tied at 89 with two minutes remaining, there were doubts. That was until nine seconds later.

When LeBron James covered the entire court in Oracle, hustling past every player to reach Andre Iguodala and complete his patented chase down block, Clevelanders not only believed in a championship, they felt it. Even when there were plenty of plays that made people believe in miracles, it was James’ block that made people believe in a city. Hence, James’ career play won Associated Press’ Play of the Year.

Here were the plays he topped, and the list will make you truly appreciate LeBron James and what he did for the city of Cleveland.

The scene: No time-outs left, a big late lead having turned into a one-point deficit, and an entire arena in Minnesota screaming for you to fail. Somehow that brought out the best in Nneka Ogwumike of the Los Angeles Sparks. Her basket with 3.1 seconds left in a thrilling Game 5 of the WNBA Finals gave the Sparks a 77-76 victory over the then-reigning-champion Lynx.

9. Catch it all.
One of the last college football plays of 2016 year provided one of the plays of 2016. Kevin Rader somehow — even with a defender wrapped all over him — catches the game-winning pass from Hunter Wells, giving Youngstown State a win over Eastern Washington in the FCS national semifinals. Rader was deemed to be in control of the ball, even while pinning it against the body of Eastern Washington linebacker Ketner Kupp.

Simone Manuel of the U.S. was trailing by 0.47 seconds halfway through the women’s 100-meter freestyle gold medal race at the Rio de Janeiro Olympics, and a half-second is quite a bit to make up in such a race against the world’s best. But she made it look easy with a frantic final 50 meters, and made history — she became the first African-American woman to win an individual swimming Olympic gold, tying Canada’s Penny Oleksiak for the win.

Last season, but still this year — and still memorable. Denver’s Von Miller had two critical strip-sacks of Carolina’s Cam Newton in Super Bowl 50, the second one just about sealing the game. But the first one is the one that gave the Broncos a 10-0 lead midway through the first quarter and setting the tone. Malik Jackson pounced on this ball in the end zone, and Miller wound up winning Super Bowl MVP.

On the LPGA Tour, teens aren’t afraid of the moment. Lydia Ko, 19, and Brooke Henderson, 18, went to a playoff to decide the KPMG Women’s PGA Championship. And on the first extra hole, Henderson stood with a 7-iron in her hands, 158 yards from the hole. She knocked the approach within 3 feet, made the birdie putt and captured her first major title. “Like winning the Stanley Cup,” the budding Canadian star said.

They made it look so easy. Pittsburgh’s Sidney Crosby won the faceoff in overtime of Game 2 of the Stanley Cup final against San Jose, played it back to Kris Letang, who found Conor Sheary — who fired the puck between the legs of oncoming defender Justin Braun and scored to give the Penguins a 2-1 win in the game and 2-0 lead in the series . The Penguins would take the Stanley Cup in six games.

Dee Gordon of the Miami Marlins hit one home run in 2016. It was of the you-cannot-make-this-up variety — and it will forever live in Marlins lore. It was the first at-bat for the Marlins after the death of ace pitcher Jose Fernandez in a boating accident. Gordon, a lefty hitter, started on the right side of the plate as part of his Fernandez tribute. After moving back to the left side, he hit a ball farther than he ever has, while wearing a “Fernandez 16” jersey . Even some of the New York Mets were in tears, and the Mets tweeted out “BiggerThanBaseball.”

Imagine the pressure. Brazil, a soccer-crazed nation, is hosting the men’s gold-medal soccer match at the Olympics. The stadium is packed, and all the brilliant young star Neymar needs to do to clinch the perfect medal is make the final kick of a penalty-shot tiebreaking shootout. He found a spot to his right, started approaching the ball, stutter-stepped a bit and then finally delivered the kick. Germany goalie Timo Horn guessed wrong, the ball went into the net and Brazil roared in delight. Most of the crowd stayed in the stadium for an hour afterward, many weeping in joy.

Marcus Paige might have just hit one of the biggest shots in NCAA men’s basketball championship game history for North Carolina, a double-clutched, acrobatic-leg-kicking 3-pointer with 4.7 seconds left to pull the Tar Heels into a tie with Villanova. And then Kris Jenkins did him one better. Jenkins took a pass from Ryan Arcidiacono, leaped and let fly from well beyond the arc. “Bang,” Wildcats coach Jay Wright said softly to himself as the ball was in flight — and bang was right. Jenkins’ shot went in as time expired, and Villanova had just beaten the Tar Heels 77-74 for the national title.

All due respect to Kyrie Irving’s 3-pointer, The Play of The Finals was offered by King James. LeBron James’ chasedown block of Andre Iguodala with 1:51 remaining in Game 7 of the NBA Finals — a shot that would have given Golden State the lead — wasn’t just the defining moment of 2016, but perhaps the defining moment of James’ Hall of Fame career as well. He didn’t do it alone, as J.R. Smith helped impede Iguodala’s path and give James the extra split-second that he needed to get to the rim. But the enormity of the moment made the block even bigger: Golden State had a record-setting 73-win regular season, the series was tied 3-3, the total points in that series were tied at that moment 699-699. After that block, the Warriors wouldn’t score again. And James would soon become a three-time NBA champion.