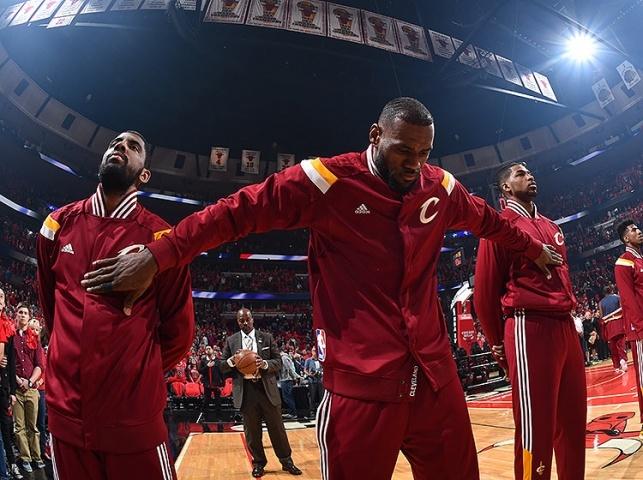 LeBron James should almost be a lock as a Cavalier for life, from now until his retirement. He didn’t get the respect or help he deserved in his first stint, but the Cleveland organization has patched things up over the past couple of years and they’re not ready to move together in the right direction.

Now with the 2015 free agency upon us starting July 1, LeBron James is fully engaged and ready to help the team with any roster movements or signings. As the best player in the world, all of the power is in his hands in terms of what kind of contract he wants to sign. Instead however, James is taking a wait-and-see approach when it comes to his signing. Chris Haynes of NEOMG reported on James:

“The belief is James wants to observe how management goes about retaining and accumulating assets keep the organization in win-now mode and improve the roster.

“The chance of James bolting the city of Cleveland for a second time is slim, but his approach will allow him to assess the Cavaliers’ moves before re-signing. It also applies pressure on the organization to do whatever is necessary to strengthen the team.”

The Cavs want to bring in another playmaker this offseason, and it’s believed they’ll be using Brendan Haywood’s trade value to do so. His contract is worth $10.5 million for the next season, but because it’s not guaranteed, he can be traded for a player making around $14 million without it negatively affecting the Cavs or the team that traded for him financially as they can simply waive him and his contract.

Everyone on the Cavaliers’ roster knows that they have a chance to do something special. According to Chris Haynes of NEOMG, one person who doesn’t feel Love needs convincing is LeBron James.

Cleveland would love to resign Thompson, Love, Shumpert, and Smith, but only if everything falls into place. Dan Gilbert doesn’t mind going over the salary cap to get some good players, but the players themselves know they have a very good chance at a championship.