LeBron James Finals Uninterrupted: “I Hope I Made You Proud” 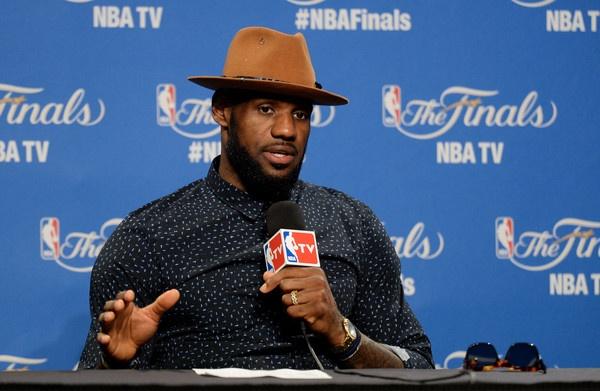 LeBron James had a daunting task when he returned to the Cavaliers almost one year ago to the day. After reaching four straight Finals with the Heat, James was expected to help Cleveland win their first professional championship in over a half-century.

“I can’t make any promises, because I know how hard it is to win a championship,” said James when he returned home. “I’m going to have to be patient.”

Less than a year later, he was with the Cavs in the NBA Finals and had brought them their first Finals victory in franchise history, both at home and on the road. Unfortunately, James needed his running mates Kyrie Irving and Kevin Love, as both were sidelined with season-ending injuries.

In the final edition of Uninterrupted, James reflects on the season he had in the city of Cleveland and with the Cavs.

“I’m not saying I’m happy with the results, but I’m proud of our guys. just the growth that they had to the first day we walked into the gym to the other day, us losing. I’m proud of the guys and what they were able to accomplish.”

The Cavs started the season at a dismal 19-20 by mid-January, but turned it around after a bowling session inspired by head coach David Blatt. From that point until the Finals loss, the Cavs had a record of 48-15, including 14-6 in the postseason.

The Las Vegas Superbook already has the Cavs as the 2016 NBA title favorites, but that’s supposing everyone returns and is in prime shape for another long postseason run.