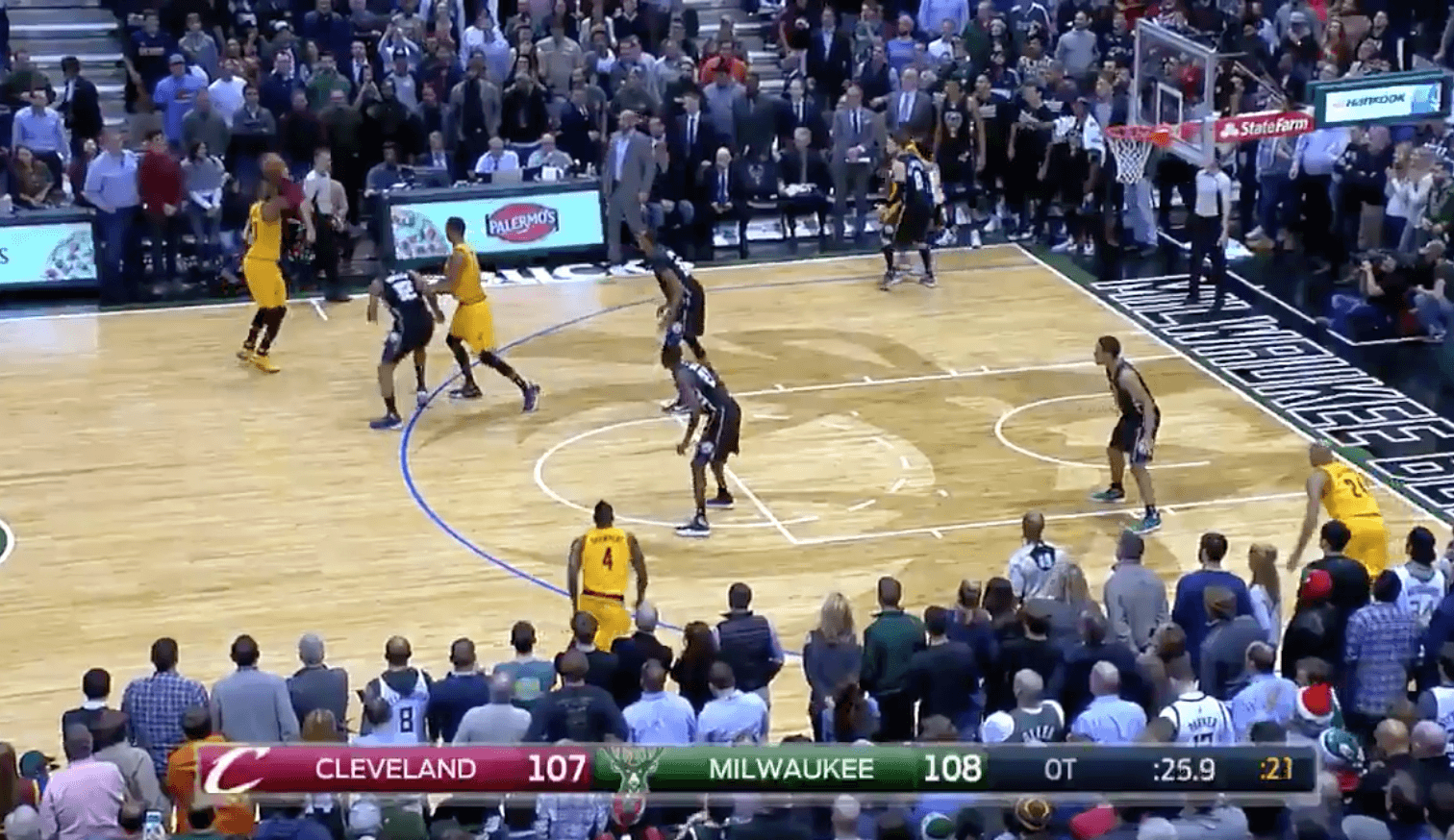 Last night (Tuesday), the defending NBA champion Cleveland Cavaliers squared off against the Milwaukee Bucks inside The BMO Harris Bradley Center, resulting in a gritty 114-108 overtime victory for the Cavs.

Kevin Love was held out of Tuesday night’s game due to a knee contusion. With Chris Andersen likely out for the remainder of the season due to a torn ACL, the Cavs were obviously a bit thin in the front-court.

The Cavs seemed to cruise through the first quarter. At one point, Cleveland held an impressive 18-point lead. However, as the game progressed, the Bucks weren’t ready to give up. Each time the Cavs made a run, the Bucks answered with a scoring streak of their own.

In the end, the Cavs managed to grind out the win, thanks in large part to LeBron James. The King finished Tuesday night’s game with 34 points, 12 rebounds, seven assists, one block, and one steal in a heaping 47 minutes of playing time.

James’ three-point shooting ended up being the final nail in Milwaukee’s coffin, as he converted five of his nine attempts from beyond the three-point line (56%). It seemed James was able to knock down the three-ball from anywhere he pleased. In fact, James knocked down three triples in the closing stages of last night’s game that covered an incredible 92 feet.

The first of James’ final trio of three-point shots came at the nine minute mark of the fourth quarter, when he drained one from 31 feet. James made the second of his final three attempts from beyond the arc with 4:01 remaining in regulation time – this one from 28 feet. Finally, with 24 seconds remaining in the overtime frame, James converted a shot from 33 feet.

In an article from Joe Vardon of www.cleveland.com, Cavs head coach Tyronn Lue, impressed but not surprised, spoke highly of James’ marksmanship from downtown, saying:

I mean, he can make that shot and the last one is pretty far out. I didn’t know he was going to take that one, but it was a big shot that we needed and that’s why he’s the best player in the world.”

After last night’s win, James spoke about the work he puts into improving his three-point shot, saying:

Something I practiced before the game, something I do on practice days. I was shooting the ball extremely well tonight from the perimeter, so, just trust it. I’m trusting what I’ve been doing and the work I’m putting into it and knocked it down.”

When you consider that today’s NBA three-point shot is measured at 23 feet and nine inches, this is truly an impressive feat.

Here are the three triples: 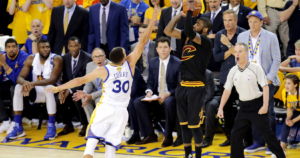 JUST IN: Why the most clutch shot in NBA history belongs to Kyrie Irving and Game 7
Related TopicsCavaliersChris AndersenKevin LoveLeBron JamesTyronn Lue