During last year’s NBA Draft, when LeBron James’ future was still up in the air, Shabazz Napier got a huge endorsement from the four-time Most Valuable Player.

This prompted Pat Riley, who was then still hoping that James would not take his talents away from South Beach, to trade for Napier. Of course, we know how everything turned out. LeBron James is now thriving in his second season back with the Cleveland Cavaliers and Shabazz Napier is now part of the Orlando Magic.

I didn’t do anything with those expectations; that was everybody else. I didn’t feed into it at all. [LeBron] said what he said, and I think everybody else read into it the wrong way.

I don’t think it was that he wanted to play with me or that the Miami HEAT had to trade for me to get him to stay. That was overblown. I just thought he enjoyed watching me playing in the tournament. That was it.

But Napier is also grateful of his time in Miami and being around players with championship experience, thanks to James’ contribution when he was a Heat.

Just to be around that team and see the championship pedigree that they all have, that mentality that they all have, it’s great to have that in your first year. It shows you the way it’s supposed to be, how you stay on top, because there are going to be people clawing at your collar, trying to grab you down. Watching Dwyane Wade, Chris Bosh, Udonis Haslem, Luol Deng and others every single day was something I appreciated.

Shabazz Napier will get a chance to show his wares in front of LeBron James himself when the Orlando Magic take on the Cleveland Cavaliers. 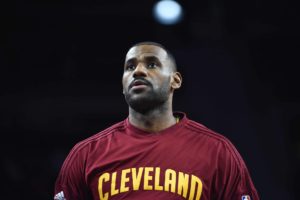