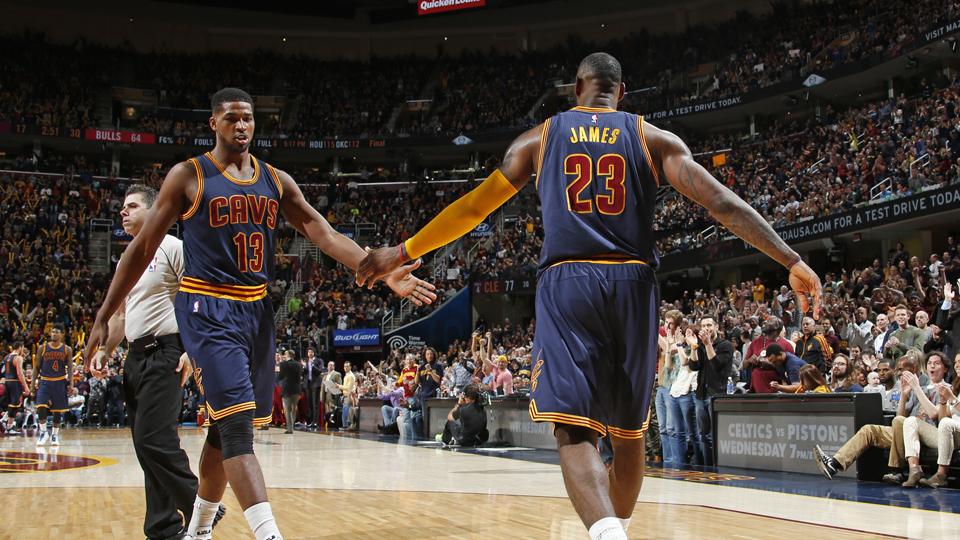 At last week’s media day, LeBron James said that he was confident that the Cavs and restricted free agent Tristan Thompson would get together and agree on a new deal. He said that he was done talking about the topic the next day, instead choosing to focus on the players that were present and the team. James said he would not let this be a distraction, but it ultimately proved too much.

Late Saturday night, James attended a wedding in Miami along with Tristan Thompson, and the two snapped photos together. James then took to Instagram to let everyone know that he thinks Thompson and the Cavs need to get something done.

Get it done!!!! Straight up. #MissMyBrother @realtristan13

A lot of fans took that as a sign that James was pressuring the Cavs to sign Thompson right away. After practice on Sunday, the seventh that Thompson had missed, James told members of the media exactly what he meant by the photo.

“That is not what I’m saying. Like I said, I believe both sides will get something done. Throughout the negotiation process, it’s always both sides. It’s not just one sided.”

Everything LeBron says always gets taken out of context, and you can always expect the media to make it a lot more than it actually is, or even create a flurry of rumors out of it. James knows that all too well, which is why he felt he had to explain what he meant when he encouraged the two sides to get a deal done.

“But you can perceive whatever I say,” James said. “(I) put a picture of my daughter watching football (on Instagram), and people perceive that I wanted to put out this big-ass TV that I got in my house. Is that fair? That’s how it is with everything. Everything that I put out is gonna get questioned and then people can decide how they want to look at it or not.

“Get something done. Both sides.”

LeBron maintained that his Instagram post last night was not simply pro Tristan, anti Cavs. Reiterated that "both sides" need to bend

Currently, only the Portland Trailblazers and the Philadelphia 76ers can offer Thompson a deal in the area he’s looking for, but both offers will be lower than the 5-year, $80 million offer the Cavs presented a few months ago and stuck by.

“I’m not going to go to them and tell them what they should do,” James said. “That’s their job, they know to do it very well, and they’ve done that to this point. They’ve brought in and did what they had to do for us to be a contending team, and, so, obviously Tristan is a big part of that run we want to make. I believe that something will happen.”

“It’s a very unique situation. I heard there’s only two teams that could actually pay him, it’s Portland and Philly. I like our chances.”

Portland has $15.6 million remaining in cap space while Philadelphia has $11.1 million. Although either ofthem could make Thompson a contract offer, the Cavs will match that immediately because of Thompson’s restricted status. Rich Paul’s only leverage in the qualifying offer is now gone, and that means the Cavs will either have to work something out or Thompson will sit until they do come to an agreement on a deal.

Stay tuned for the latest on the Tristan Thompson contract situation. 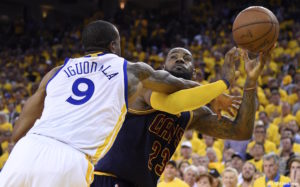