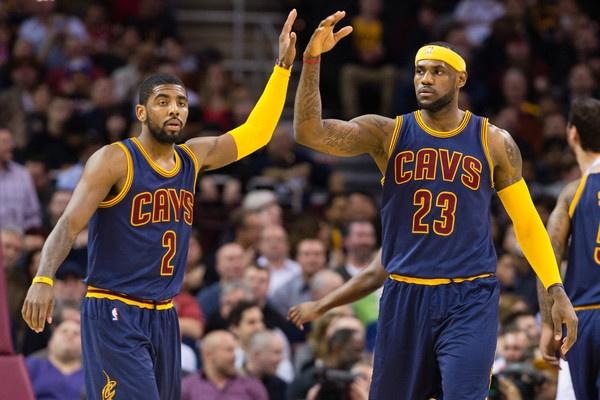 LeBron James, a Cavalier record holder for numerous statistical categories, was outdone two nights ago for the first time in his career by a teammate. Kyrie Irving scored a career high 57 points, breaking his Cavalier record of 56 points against the Toronto Raptors back in the 2004-05 season. LeBron did score 61 points last season, but he was a member of the Heat then.

When reminded of the fact that the Cavalier scoring record is no longer his, James responded in rather unexpected fashion:

LeBron doesn't care about getting #Cavs scoring record back from Kyrie: "I've got 15 other franchise records. I don't mind lending one."

Well, 15 was a pretty good guess, but LeBron seems to have forgotten how great he is. According to Basketball Reference, James holds 25 Cavaliers records.

Lending one to Kyrie would seem rather insignificant on his overall resume, despite it being the always talked about scoring record. Here’s the link to see who leads the Cavaliers in what record: