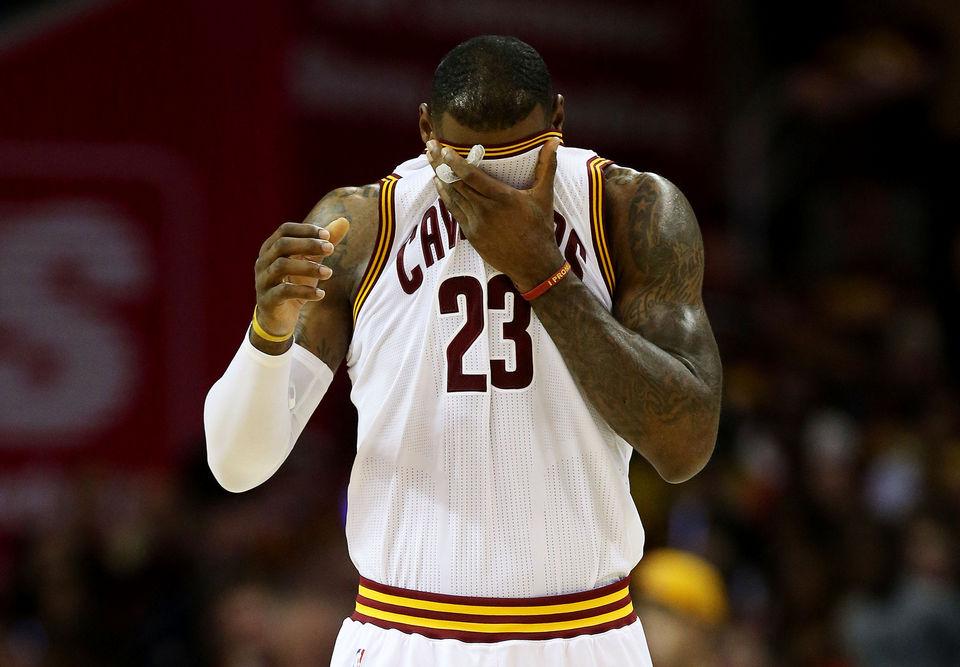 LeBron James has been relatively quiet this offseason. Other than vacationing in the Bahamas, re-signing with the Cavs, and having his movie premier for ‘Trainwreck’ in Akron, James has been enjoying his family and friends in this quiet offseason thus far.

On Sunday afternoon, James joined Bleacher Report radio to talk about some trending topics in the NBA right now, including where he is this offseason going into the 2015-16 season.

“People always look at me sideways and say, ‘well how can you possibly get better?'”

“I just feel like I have a lot of room to improve, either from a basketball side of things or from a leadership or mental side of things that can help me a better player,” James said. “So I’m looking forward to it.”

James took his game to another level in the 2015 Finals, averaging 35.8 points, 13.3 rebounds, 8.8 assists, and 1.3 steals while helping to deliver two victories. The two victories were the Cavs’ first ever franchise Finals victory and first ever home victory.

He said having Kyrie Irving and Kevin Love healthy against Golden State definitely would have have helped the Cavs in the Finals.

“It still doesn’t guarantee you a championship… but obviously it would’ve gave us a better chance. That’s obvious. You still gotta go out on the floor and play the game, but it definitely give us a better shot than we had.”

If fans can recall, James said he had a secret motivation to winning the NBA Finals, but wouldn’t disclose it until he won. During the interview with B/R’s Ethan Skolnick and Howard Beck, James said that motivation hasn’t died down and that it’ll kick back in during the playoffs.

“I’m still waiting to win. The motivation has not stopped. Once the postseason starts, if we’re fortunate to get to the postseason, I think we can, we have a great team, that motivation will kick back in,” he said.

James’ best friend, Chris Paul, had to leave his vacation early to return to the States to meet with the Clippers as well as DeAndre Jordan, who had verbally committed to the Mavs, but was having second thoughts. Jordan eventually re-committed to the Clippers, but it has been causing it’s waves around the NBA.

“When Jordan changed his mind it was like oh man, I didn’t know what to think of it,” James said. “Until you can actually sign, we all know now going forward you can’t get too high or too low just because a guy verbally commits on July 1. You’ve got to get all the way to the ninth [of July].”

James and the Cavs are focused now more than ever on the future, as they’ve brought nearly everyone they needed to back, and have even added scoring at the backup point guard position with Mo Williams.