LeBron James Dishes Out Free Uniforms To Schools In Toronto 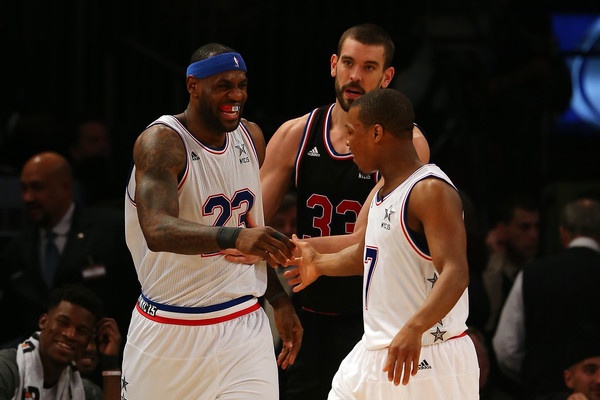 LeBron James has been one of the most visible stars when it comes to community work, and he’s at it again in Toronto during the league’s annual mid-season break.

According to Tom Withers of the Associated Press, the Cleveland Cavaliers superstar dished out big assists to a number of selected schools in the city by way of donating different sports uniforms.

The Cavaliers forward surprised school kids in Toronto by giving them new team uniforms on Thursday, a giveaway sponsored by James’ family foundation as a way of thanking this year’s host city for the NBA All-Star game.

The new uniforms for 23 teams from a variety of sports, including basketball, badminton, cricket, ultimate Frisbee, rugby and a special needs group, were unveiled during a fashion show at Earl Haig Secondary School. The teams from across the city were chosen by the LeBron James Family Foundation as a reward for sportsmanship and leadership.

In Tom Withers’ article, James talked about the gesture which has become a sort of All Star weekend tradition by himself.

“It means a lot to me and my foundation to be able to give back to every All-Star city, and in Toronto we wanted to do something special for some teams and groups that earned it.”

James will once again lead the Eastern Conference squad in his 12th All Star game on Sunday as he teams up with Raptors point guard Kyle Lowry in the starting lineup in front of thousands of fans in Toronto. 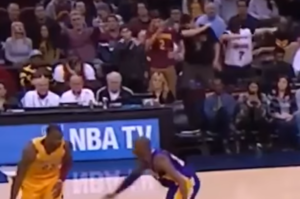