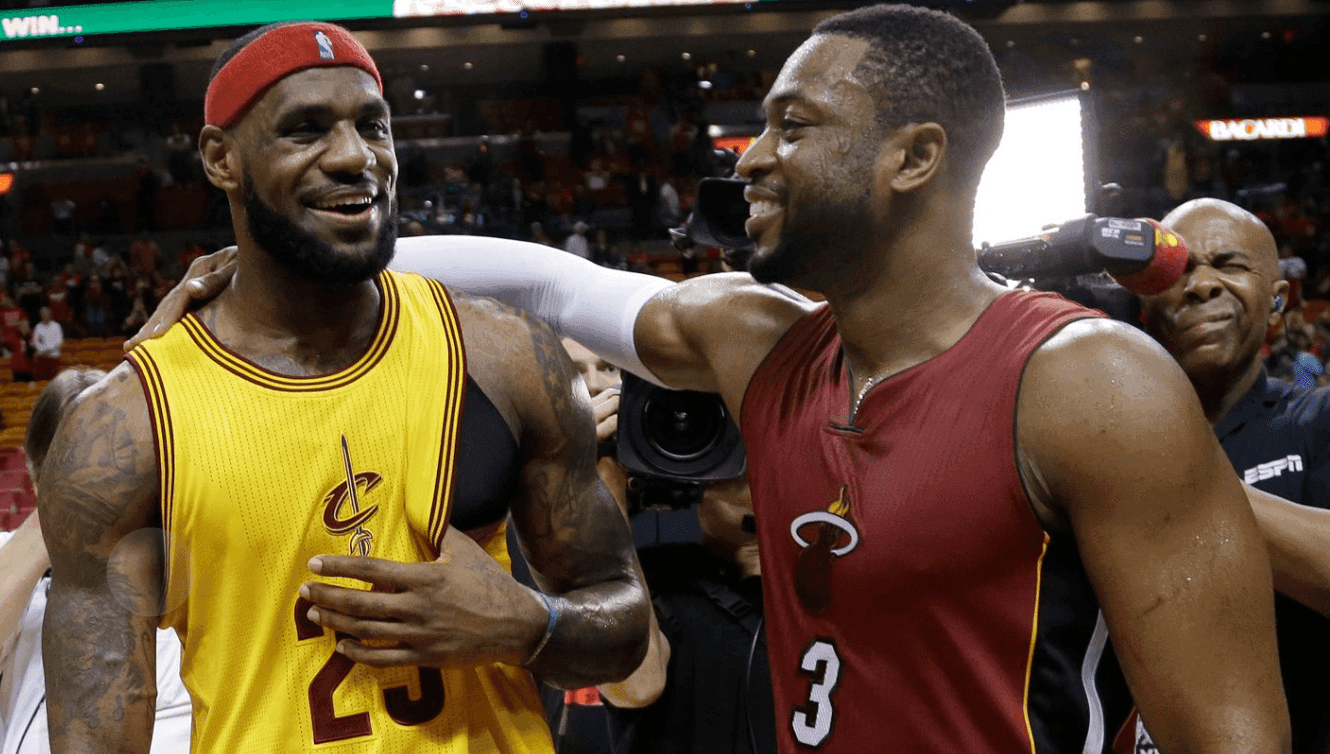 If you were on ‘Wade Watch’ for parts of this summer, you weren’t alone. After LeBron James and best friend Dwyane Wade spent the beginning of their summers together on a boat with Chris Paul as well as each of their wives, news came out that Wade was unhappy with the Miami Heat’s contract offer. After 13 years with the franchise, could this be the summer that Wade walks from Wade County?

Cavs fans certainly got the feeling that something was coming, and with James hanging out the Wade so often, many began to speculate about Wade’s chances of landing in Cleveland as a Cavalier. Of course, the Cavs had nothing but the mid-level exception to offer Wade (which comes out to be $3.5 million). $3.5 million is a lot, but considering Wade received a two-year $47 million deal from his hometown Chicago Bulls, the choice was obvious.

Both James and coach Tyronn Lue discussed the possibility of adding Wade in the offseason, per Dave McMenamin of ESPN:

With the Bulls and Cavs set to play a preseason game Friday, James confirmed that he hoped Wade would have ended up in Cleveland with him.

“We couldn’t afford him,” James said. “It’s that simple.”

“Who wouldn’t be interested in a Hall of Famer?” Cavs coach Tyronn Lue echoed, referring to Wade’s likely spot in the Hall. “That don’t even make sense. Yeah, we wanted him.”

That mid-level exception that could’ve been used on Wade was used on another veteran, one who really proved himself in the NBA Finals on the court and on Snapchat: Richard Jefferson.

Wade spoke about his decision to choose Chicago over both Miami and Cleveland in an interview with SLAM earlier this month:

Wade opted to go home, where he will attempt to make a difference in the community as well as play for his hometown. He would have provided a great mid-range jump shooter and slasher for the Cavs, however, their acquisition of Mike Dunleavy could very well prove to be far greater than what a Dwyane Wade signing could have brought to the Cavs.