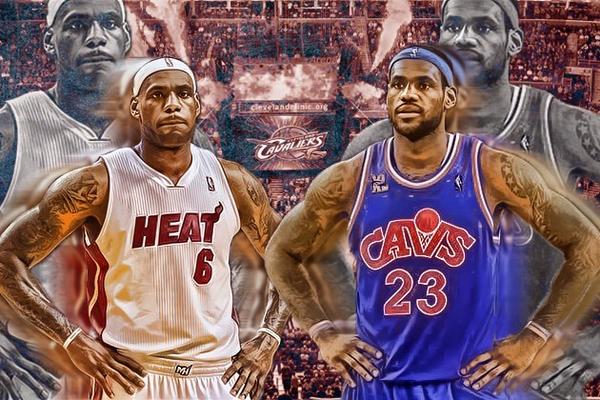 During the end of LeBron James’ first tenure in Cleveland, the Cavaliers were considered serious contenders to win NBA Championships. Those were the years, the times when King James established a winning culture that elevated any mediocre expectations in the city of Cleveland. The Cavaliers’ teams of 2008-2010 had a lot of success, especially at home; but when it came to the playoffs, they always fell short to more experienced teams who made everyone not named LeBron James irrelevant.

So, as the story goes, the Cavs were unable to assemble the necessary talent to win a championship, thus prompting LeBron James’ big decision to move to Miami and play with the Heat. They already had All Stars Chris Bosh and Dwyane Wade, so James’ decision to come to South Beach prompted other veteran players with the chance to play for an immediate championship contending team, even if it meant taking less money. It was a very enticing opportunity that was hard to pass up, and Miami would go on to be very successful. Appearances in 4 and winners of 2 NBA Championships, Northeast Ohio could only look down south at Miami with jealousy, resentment, incompetence and struggle; but like most stories, there’s a silver lining, a light at the end of the tunnel, a cliché yet elusive notion of hope.

The Cavs overhauled their roster over the coming years and with their immediate downfall in the standings came their uprising in the NBA Draft lottery. In Cleveland’s first year without LeBron, they comprised a horrible record of 19-63, which brought them the number 1 pick in the NBA Draft that year. That pick came out to be Duke University freshman Kyrie Irving, who has since become an All Star MVP and a player known for creating highlight reels. He was their clear-cut leader, but with so much put on his shoulders at such a young age, the leadership results weren’t always there.

In the same draft, they were also able to pick up Tristan Thompson from the University of Texas with the 4th pick. One of his weaknesses at the beginning of his career was that he was always getting his shots blocked; his shot attempts were too easily exposed making it more difficult to score in the paint. Since that harsh stretch, Thompson has greatly improved his inside game and has begun to stretch his game further outside to help spread the floor. He even changed his shooting hand from his left hand to his right, giving him a more ambidextrous game.

The following year, the Cavaliers got the 4th overall pick in the draft after a record of 21-45 in the lockout-shortened season. With it, they drafted Dion Waiters of Syracuse. Waiters hasn’t progressed as quickly as the Cavaliers had hoped, but he is definitely on the right track to becoming a premier shooting guard in the league. In 2013, Anthony Bennett was their next pick in the draft, going number 1 following a 24-58 record. Bennett, who previously played for UNLV, was a surprise pick and an eventual bust in his first season as a Cavalier. He played 12.8 minutes per game and averaged a measly 4.2 points per game. Although this was a relatively weak draft class, Bennett played far below expectations for a 1st overall pick. His shoulder injury prior to his rookie season could be the reason for his poor play, as he looked more fit and played like a man on a mission in the 2014 summer league.

Having not even been close to a playoff seed since LeBron James left, the Cavaliers looked to the 2014 NBA Draft to help them make their biggest jump in the standings. Cleveland drafted Kansas guard/forward Andrew Wiggins, a player who’s expected to become the NBA’s next superstar. This was a big thing for Cleveland, and it would soon turn out bigger.

{adinserter 2} All of the draft picks and young talent the Cavaliers added to the team were made possible by LeBron James’ departure. Now with LeBron James making his return to Cleveland, the Cavs have become championship contenders almost instantaneously. With LeBron moving to Cleveland, so too did a pair of his favorite ex-teammates Mike Miller and James Jones, two deadly 3 point shooters. Immediately after LeBron’s decision to return was made public, he contacted Minnesota’s star power forward Kevin Love to discussing partnering up. With the Cavs already discussing multiple trade scenarios for Love, it seemed inevitable that he would end up with new teammates in the 2014-15 season.

At the end of the wait period to trade players signed to rookie contracts, Cleveland, Minnesota, and Philadelphia finalized a deal that sent Andrew Wiggins, Anthony Bennett, a draft pick (from Miami), and Thaddeus Young (from the 76ers) to the Timberwolves and sent Kevin Love to the Cavaliers. With the finalization of that trade, here’s the current Cavaliers roster next season:

There is a lot of talent on this team, but none of it would be possible if LeBron James had remained in Cleveland in 2010. It’s a story of redemption and pride in a city that endured 4 long, harsh years of embarrassing losses. Now, a new yet familiar age is upon the Cleveland Cavaliers: an age where victories and deep playoff runs are expected. Having not seen a championship in 50 years, Cleveland knows it’s a long process, but what the city didn’t know that LeBron James’ departure was the first step. 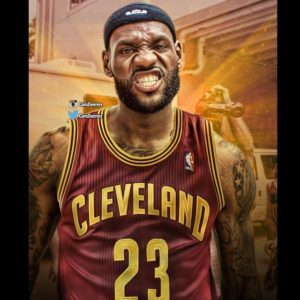