LeBron James crashes into Kyrie Irving, helps him up, and continues play 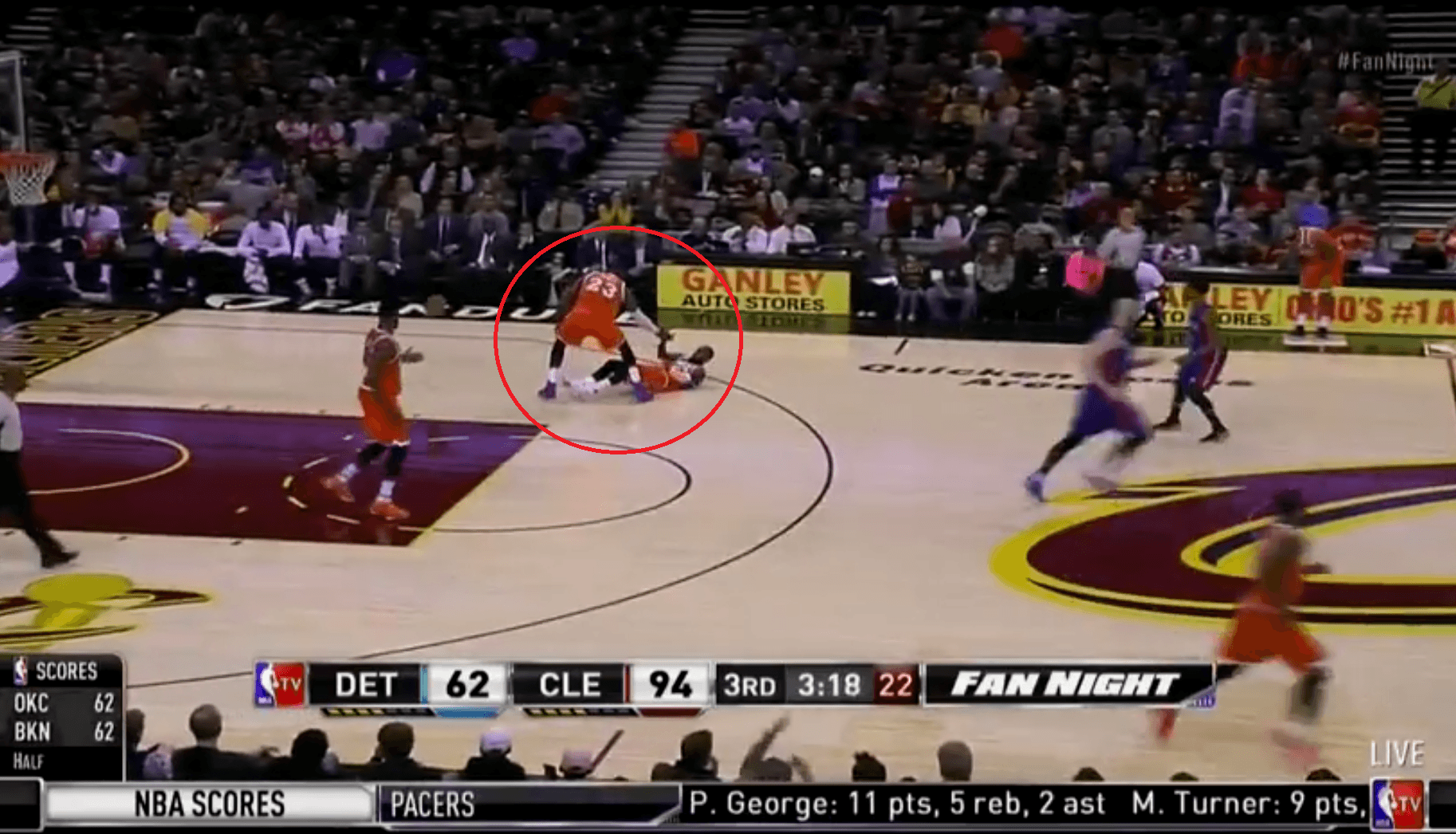 Before igniting the fast break against the Detroit Pistons, LeBron James and Kyrie Irving had a little Shaqtin-A-Fool moment for the Cleveland Cavaliers. After grabbing a defensive rebound, James started the break while his teammate Irving stood in place to try and let James go around him. dInstead, James ran into Irving, who looked like he was taking a charge. Kyrie Irving flew towards the sideline near the Cavs bench, but was helped back up immediately by LeBron James. After helping his guy up, James regained his dribble and continued the break. 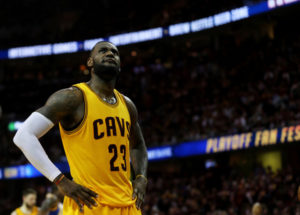