Shortly after the start of this year’s free agency, news broke stating that Curry had signed a five-year, $201 million “supermax deal” with the Warriors. James, always a statesman, decided to convey a personalized congratulatory message via Twitter.

Warriors fans will be relieved to know that their original face of the franchise, who will earn $170.22 for every second of every regular season game over the next five years, is still with the team.

Stephen Curry will make $170.22 EVERY SECOND OF EVERY WARRIORS REGULAR SEASON GAME OVER THE NEXT FIVE YEARS.

Aside from Draymond Green, who is known as the heart of the Warriors, Curry is without question one of the most important pieces of the team. Wrapping up a deal for the two-time MVP was undoubtedly a top priority. 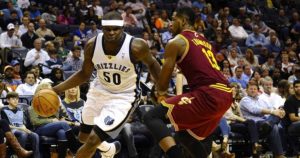