LeBron James Complimented Teammate, Who Proceeded To Throw Ball At His Face 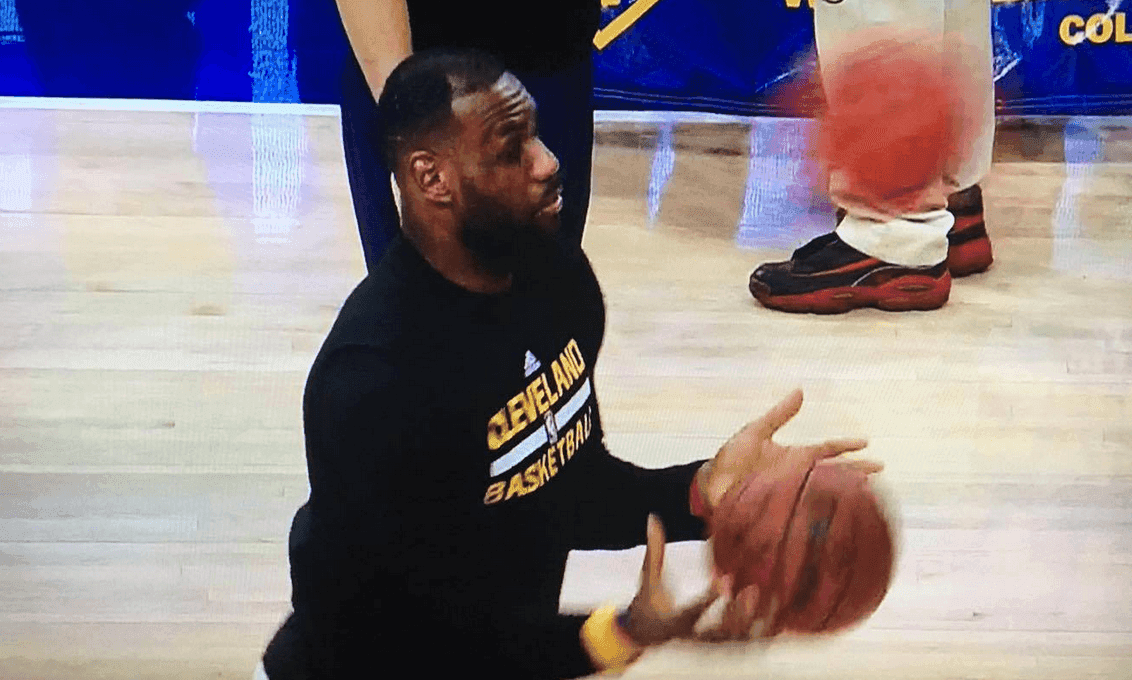 LeBron James called for the ball from one of his teammates during warm ups. He got two thrown at him instead. It was a funny moment as James flinched but still got hit by the ball. Who would dare try to injure the King? Dave McMenamin of ESPN reported on the story:

LeBron praised Varejao's professionalism, then revealed AV hit him w/ the ball: "Yup, as I say that, he beams me in the face w/ a fastball"

Luckily for Andy, he’s one of LeBron’s favorite teammates who goes back into last decade with him.