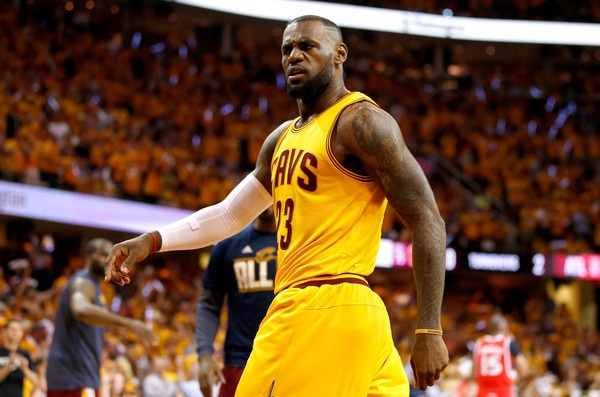 LeBron James and the Cleveland Cavaliers have been the punching bags of every media outlet for weeks now, especially to Charles Barkley and the NBA on TNT crew.

When you poke the bear enough, eventually it’s going to retaliate, and that’s exactly what James has done.

Barkley has been all over James in recent times, criticizing his comments regarding the Cavaliers need for another playmaker. “Inappropriate. Whiny. All of the above,” Barkley said of James last week. “The Cleveland Cavaliers, they have given him everything he wanted. They have the highest payroll in NBA history. He wanted J.R. Smith last summer, they paid him. He wanted (Iman) Shumpert last summer. They brought in Kyle Korver. He’s the best player in the world. Does he want all of the good players? He don’t want to compete? He is an amazing player. They’re the defending champs.”

James’ Cavaliers suffered a 104-97 loss to the lowly Dallas Mavericks on Monday night, followed by another verbal bashing on national TV. LeBron spoke to ESPN following the game, absolutely berating the 1993 MVP.

“He’s a hater,” James told Dave McMenamin of ESPN on Monday. “What makes what he says credible? Because he’s on TV?”

“I’m not going to let him disrespect my legacy like that,” James told ESPN. “I’m not the one who threw somebody through a window. I never spit on a kid. I never had unpaid debt in Las Vegas. I never said, ‘I’m not a role model.’ I never showed up to All-Star Weekend on Sunday because I was in Vegas all weekend partying.”

“All I’ve done for my entire career is represent the NBA the right way. Fourteen years, never got in trouble. Respected the game. Print that.”

“Go watch the ’93 Finals when John Paxson hit the shot,” James said. “Barkley and Jordan were laughing and joking with each other during one of the games while somebody’s shooting a free throw. In the Finals. But, oh, nobody were friends back then.”

With months of pent up frustration, James took down everyone in his path while letting it all out. Clearly referring to the comments made by New York Knicks President, Phil Jackson, James went out in a blaze of glory.

He wasn’t done there, going back in on Barkley.

“I know he wanted to retire a long time ago but he can’t,” James said. “He’s stuck up on that stage every week.”

“And if this makes him want to talk to me, the schedule’s out there,” James said. “He knows every road arena I’ll be in. Don’t just come up to me at All-Star and shake my hand and smile.”

It would appear that Sir Charles has awoken the beast, angering LeBron to a level that we may never have seen before. His Cavaliers went 7-8 in the month of January, and he’s been the butt of every joke in the NBA world since proclaiming his teams need for another playmaker.

The turning of the month will also be a turning of the page for Cleveland, a clean slate for them internally, and this excorsizing of James’ real thoughts is the perfect start.

“I collect one paycheck from this. There’s the owner, Griff’s (David Griffin) the GM, I’m the player. Screw Charles Barkley.”

LeBron James next faces the Minnesota Timberwolves on Wednesday night, at home at the Quicken Loans Arena. This one’s going to be a game you won’t want to miss. 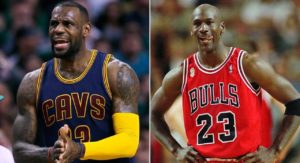