LeBron James, Cavs Wanted To Add Steve Nash If Bought Out By Lakers 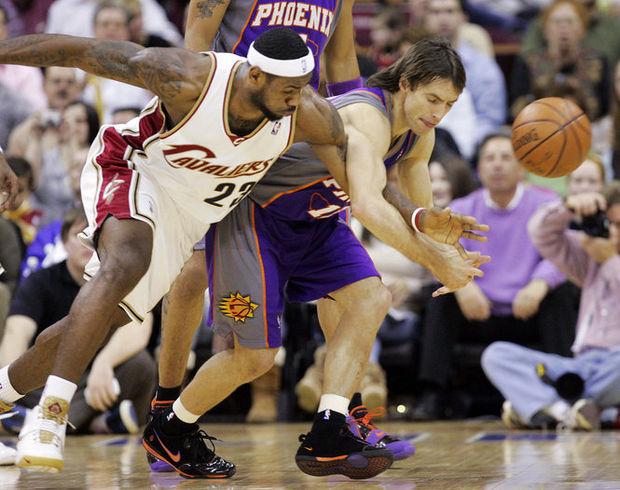 Steve Nash announced his retirement from the NBA Saturday morning after 19 great seasons in the NBA. He has spent the last three seasons trying to get his body right for NBA action, but always had setbacks whether it was his leg, is back, or his neck. Despite his many injuries, the Cavaliers always had interest in him.

Marc Stein reported that had Nash agreed to a buyout from the Lakers, LeBron James wanted to bring him on to the Cavs to be a little-used albeit important point guard piece off the bench. Here’s Stein’s piece from ESPN.com:

League sources told ESPN.com earlier this month that LeBron James‘ Cleveland Cavaliers — who happen to have two of the biggest Nash admirers on Earth in their front office, in David Griffin and former teammate Raja Bell — let it be known to longtime Nash agent Bill Duffy that they would love to give the old man a whirl as a short-minute backup to Kyrie Irving if Nash wanted to seek a buyout from the Lakers after the trade deadline passed with no deal.

Obviously Nash did not have enough left in the tank, but having the two-time MVP and the number three player in all-time assists would definitely have provided a different kind of experience than anyone else on the team. Players like Kevin Love and Kyrie Irving definitely could have used the game-time experience and advice from Nash, who played 120 career playoff games. He never won a ring with the Mavs, Suns, or Lakers, and the Cavaliers likely would’ve given him the best final chance at a championship before calling it quits. Who knows? Maybe Nash will come out of retirement to join the Cavs next season as a 3rd string point guard.

Steve Nash finished with averages of 14.3 points, 3.0 rebounds, and 8.5 assists. He was, however, able to compile a career assist total of 10,335 assists, putting him behind Jason Kidd and John Stockton.