LeBron James: Cavs Aren’t In Funk After Squeezing By Sixers 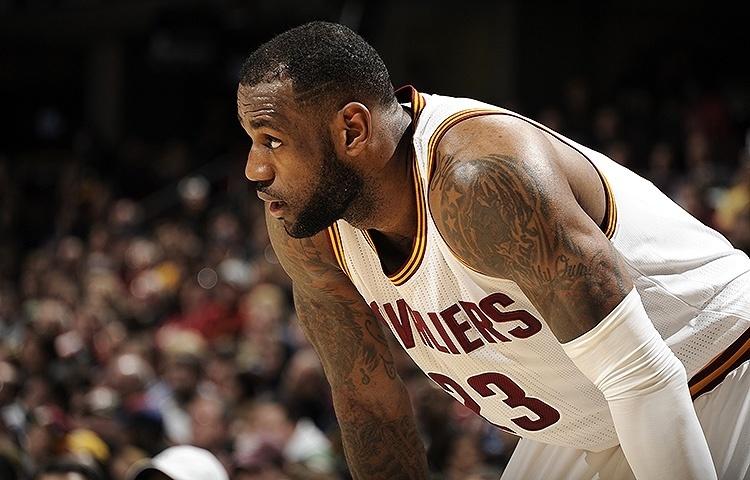 The Cavaliers missed their final six shots of the fourth quarter Sunday evening against the Philadelphia 76ers. The Cavs shot just 7-18 (38.8%) from the field as they struggled to score down the stretch. In the past two fourth quarters (Friday against Brooklyn and Saturday against Philly), Cleveland has scored a combined 34 points. This a team that averages 24 fourth quarter points and is considered one of the top offenses in the league.

LeBron James in particular, went just 2-9 in the fourth against the Sixers. His efficiency was definitely not there as he shot just 8-24 from the field with five turnovers, yet he was still the best player on the floor finishing with 20 points, 11 rebounds, and six assists.

These recent struggles, however, prompted questions as to whether or not the Cavs are in some kind of scoring funk right now.

“High eighties is playoff basketball,” James said, speaking to the game’s final score. “Offensively it ain’t going to look like that, but at the end of the day, in a playoff series, it doesn’t matter how well you shoot, it’s about who gets the win. Tonight was one of those games.”

Scoring in the high 80’s is playoff basketball, but it’s a far less impressive when you’re the second seed in the East, expected to compete for a championship, defeating the third worst team in the NBA at 18-56. But these kinds of games happen. Every once in a while, the ball just doesn’t drop and you have to dig deep defensively.

Irving mentioned after the game that it was one of the ugliest victories he’s ever been a part of at the Q:

“That was probably one of the ugliest games I’ve been in in this arena. I appreciate you sticking with us because, whew, that was terrible.”

“Offensively, we didn’t have any type of rhythm,” James said. “We gotta find a way to win, and we did that by defending.”

Yeah, when looking on the outside, the Cavs held the Sixers scoreless the final four minutes, but in reality, the Cavs got a lot of lucky bounces. 60% free throw shooter Jeremi Grant missed a pair of free throws. 81% free throw shooter and go-to scorer Robert Covington missed two free-throws. Nerlens Noel, who shoots 55% inside of 8 feet, missed a seven foot jumper with just over 4 seconds remaining. The Cavs may have played good enough defense, but the rim was kind to them just as it was unforgiving on the other end.

Head coach David Blatt didn’t think they’re in a funk, but after playing their 15th game in 29 days, Blatt says fatigue could’ve been a factor. James, who once again disagreed with Blatt’s notion that the Cavs were tired, said:

The bottom line, however, is what LeBron James said at the end of the interview: