LeBron James: Cavs Are Contenders, But Not Finished Getting Ready 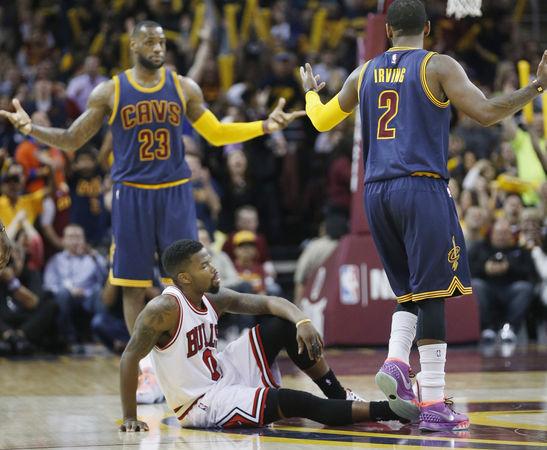 The Cleveland Cavaliers defeated the Chicago Bulls Sunday evening for their 18th straight home win and a full four-game lead over the Bulls in the standings.

It wasn’t the finish that the Cavs wanted, as they allowed a 13-point lead to dwindle down five with enough time for a comeback. Thankfully, Cleveland was able to pull off the victory, but LeBron James knows the Cavs have got some kinks to figure out before playoff time.

Head coach David Blatt praised James for his stellar play as LeBron hauled only his first triple-double of the season in with 20 points, 10 rebounds, and 12 assists. James earned a triple-double against the New Orleans Pelicans back in November, but the NBA took an assist away the following day. The means the last time James got a triple-double was over a year ago on March 28, 2014 when he was still a member of the Miami Heat. 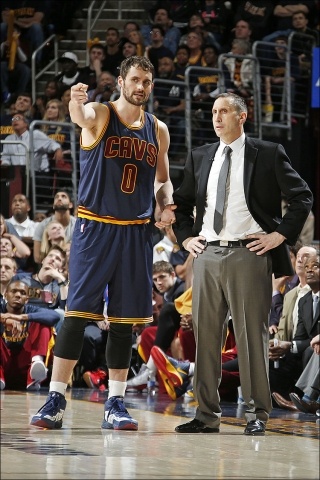 “I thought LeBron was great today,” Blatt said, following the Cavaliers’ 99-94 triumph over the Chicago Bulls. “I thought he was focused and I thought he was very active and attentive. How many steals did he have? … They were big steals, too, they were plays that he made.

“I thought he passed the ball beautifully and made great decisions with the ball. He rebounded the ball. I just thought he was terrific. Really, really hats off.”

James, who sometimes resorts to his vastly improved mid-to-long-range jumpshots, only took five shots outside of 12 feet. Instead, he forced his way into the post and the painted area, where he bullied the Bulls’ defenders and dished out to teammates all night. That’s a major reason Cleveland was able to hit 16 three-pointers as a team. LeBron James assisted on seven of those three-pointers, making his ball distribution a deciding factor against the Bulls.

When James was asked what made him go to the post more than before, James only responded with:

“It’s April,” referencing the start of the playoffs.

The number of games the Cavs have to win to clinch the Eastern Conference’s second seed is down to one. One more victory, or a Chicago Bulls loss, would seal that second spot and allow Cleveland to rest some guy.s. But James says if everyone is healthy, rest is not on his mind:

“We still make some young-team mistakes and hopefully we can get past those pretty soon.”