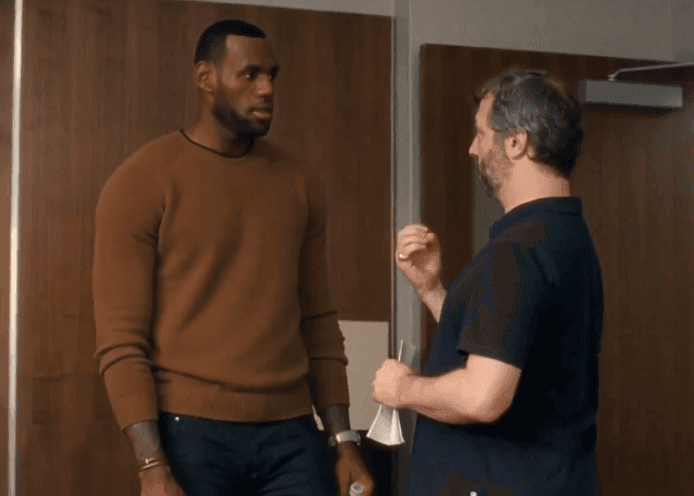 LeBron James has had a lot of success on the basketball court from a young age. Two championships and five straight Finals appearances later, and LeBron is now transferring some of that success over to the big screen.

In case you missed it, James is starring in Judd Apatow’s newest film ‘Trainwreck,’ which is set to hit theaters this summer. In the movie, he plays the version of himself that is actor and comedian Bill Hader’s best friend. He’s already had some funn scenes from what we’ve seen in the trailers.

Director Apatow, however, said he had some voice lessons with LeBron during the shoot. In the behind-the-scenes video, James does a voice familiar to the sports world. Here’s the video:

You can see the full movie trailer below, and the movie will be in theaters on July 17: